Nigeria: Security forces failed to act on warnings about Boko Haram attack before abduction of schoolgirls 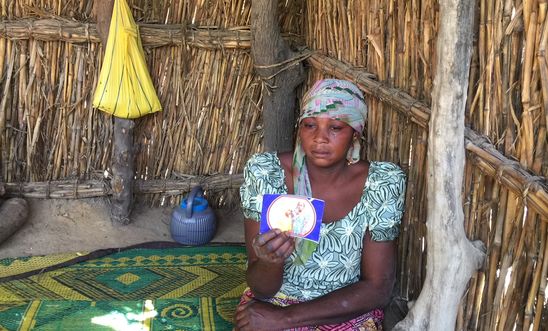 The mother of one of the girls abducted by Boko Haram. © © Amnesty International Nigeria

Nigerian security forces failed to act on advance warnings that a convoy of Boko Haram fighters was heading towards a town where they abducted 110 schoolgirls last month, an investigation by Amnesty International has revealed.

The military failed to respond while Boko Haram conducted an armed raid on the Government Girls Science and Technical College in Dapchi, Yobe state, on 19 February in an assault with chilling echoes of the infamous Chibok girls’ abduction of 2014.

“The Nigerian authorities must investigate the inexcusable security lapses that allowed this abduction to take place without any tangible attempt to prevent it.

“As an even greater priority, the government must use all lawful means at its disposal to ensure that these girls are rescued.

“The authorities appear to have learned nothing from the abduction of 276 schoolgirls in Chibok in 2014 and failed to ensure protection for civilians in north-east Nigeria, specifically girls’ schools.”

In response to the Chibok abduction, the Safe Schools Initiative - which is currently coordinated by the Presidential Committee on the North-East Initiative - was launched to improve security around schools. However, no framework seems to be in place to prevent further abductions and it appears that the Nigerian military is unable to protect schools from attack.

“Evidence available to Amnesty suggests that there are insufficient troops deployed in the area, and that an absence of patrols and the failure to respond to warnings and engage with Boko Haram contributed to this tragedy.

“The Nigerian authorities have failed in their duty to protect civilians, just as they did in Chibok four years ago. Despite being repeatedly told that Boko Haram fighters were heading to Dapchi, it appears that the police and military did nothing to avert the abduction.”

Amnesty gathered testimonies from multiple credible sources showing that the Nigerian army and police received multiple calls up to four hours before the raid on Dapchi, but did not take effective measures to either stop the abduction or rescue the girls after they were taken by Boko Haram fighters.

The military withdrew troops from the area in January, meaning the closest personnel were based one hour’s drive from Dapchi. Between 2pm and 6.30pm on 19 February, security forces received at least five calls warning them that the armed group was on the way to Dapchi.

The first call was made to the army command in Geidam, 35 miles from Dapchi, informing them that Boko Haram fighters had been seen at Futchimiram heading to Gumsa, a village about 20 miles from Dapchi. However, the evidence documented by Amnesty shows that the military did nothing to engage with Boko Haram and ensure the protection of civilians.

The sighting of an armed convoy at Futchimiram immediately sparked several phone calls to alert authorities. Sources who informed the military commander in Geidam at 2pm report that he responded to them by saying he was aware of the situation and was monitoring it.

At around 3pm, the convoy arrived in Gumsa, where they remained till 5pm. Gumsa residents called villagers to warn them that Boko Haram fighters were on their way. One villager who received such a call said he informed a police sergeant who promised to notify the Dapchi Division Police Officer.

At around 6.30pm, when residents were heading to the mosque for evening prayers, Boko Haram members entered Dapchi. Witnesses said Boko Haram fighters asked for directions to the military post, the local government office and the girls’ school.

A police source in Dapchi told Amnesty that officers fled because they feared the Boko Haram fighters would overpower them.

Government must investigate root causes of failure to respond

A source based in north-east Nigeria told Amnesty: “All the military needed to do was send troops towards Gumsa from Geidam or Babban Gida, while telling its troops in Damasak, Kareto, Gubio and Magumeri to be on the lookout or on patrol.”

A review of the Nigerian army’s actions by Amnesty’s crisis advisor for military operations also concluded that the military’s response was woefully inadequate. The review took into consideration the locations of the soldiers and the time it would take to get to Dapchi, as well as the route taken by Boko Haram.

Six days after the abduction, on 25 February, a security meeting was held at the governor’s office in the state capital Damaturu, attended by state and federal government officials, security chiefs, the military officials operating in the area and representatives from the school and parents. The authorities were aware that the military was notified at least four hours before the attack that suspected Boko Haram fighters were heading to Gumsa. No one appears to have asked why the military did not respond adequately or why there were not enough troops.

President Muhammadu Buhari subsequently ordered an investigation into the response to the abduction.

Osai Ojigho said: “The government’s failure in this incident must be investigated and the findings made public – and it is absolutely crucial that any investigation focusses on the root causes.

“Why were insufficient troops available? Why was it decided to withdraw troops? What measures has the government taken to protect schools in northeast Nigeria? And what procedures are supposed to be followed in response to an attempted abduction?”

Families of abducted girls left without any information

The abduction was followed by confusion. Initially, the authorities denied any girls were abducted, then the Yobe state authorities stated that the military had rescued the girls. But the girls did not return home and, on 22 February, the state government confirmed the abductions.

One parent told Amnesty: “That night we heard their voices when they were being taken, but there was nothing we could do. Everyone was scared. Boko Haram did not stay in the town for more than one hour.”

Another parent described how the girls’ relatives were not given any information until the following day, and that they had to wait outside the school to find out if their loved ones were safe.

He said: “Many parents were hopeful that their daughters were inside. We stood there from morning till around 5pm in the evening, when they let the students out. It was at that point it dawned on me that my daughter was among those abducted.”

No lessons learned from 2014 Chibok abduction

The response to this abduction has chilling similarities to the abduction of 276 schoolgirls in Chibok, Borno state, in April 2014. On that occasion, the military also had four hours’ advance warning but failed to take the immediate action needed to stop it, with most military personnel withdrawn shortly before the abduction.

Similarly, the abduction was followed by a climate of confusion, which appeared to slow down the Nigerian authorities’ efforts to locate and free the abducted girls.

“Regrettably, no lessons appear to have been learned from the terrible events at Chibok four years ago. What happened in Dapchi is almost a carbon copy of what happened in Chibok, with the security forces failing to respond to warnings – and the same result for another hundred girls and their families.

“All authorities must now work together to ensure the girls are brought home safely and this never happens again. This abduction is a war crime and those responsible must be brought to justice.

“As a first step, the two reports into the Chibok abductions should be made public.”

Amnesty is calling on Boko Haram to immediately release the girls and all others in its captivity.

A team of Amnesty researchers visited Dapchi and interviewed 23 people, including girls who escaped, parents of the abducted girls, local officials and eyewitnesses, to document this abduction. They also interviewed three security officials.

The sources independently verified a list of Nigerian security officials who were alerted on 19 February, before and during the raid on the Government Girls Science and Technical College. They have been kept anonymous for their safety.

The sources and eyewitnesses in Dapchi confirmed that approximately 50 Boko Haram fighters arrived in Dapchi in a convoy of nine vehicles with Arabic inscriptions on them, seven Landcruiser trucks, one Hilux and a Canter truck.