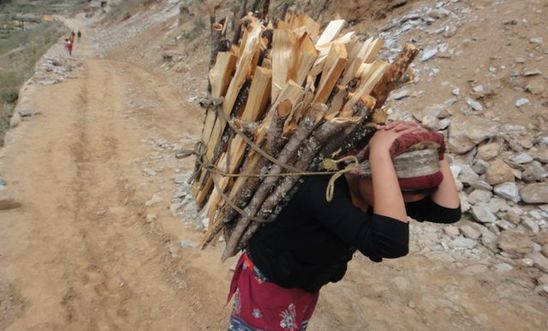 Widespread and systemic gender discrimination in Nepal has led to hundreds of thousands of women suffering from ‘uterine prolapse’ a reproductive health condition that leaves them in great pain, unable to carry out daily tasks and ostracised from their families and communities, Amnesty International said in a new report published today.

Uterine prolapse – a debilitating condition where the uterus descends from its normal position into the vagina - is rooted in discrimination that has severely limited the ability of women and girls to make decisions about their sexual and reproductive lives. Harsh working environments, early marriages and having too many children all contribute to the problem.

Uterine prolapse is a global health problem but particularly prevalent in countries like Nepal where gender discrimination is high and access to healthcare limited. An estimated 10 per cent of Nepal’s 13.6 million women are affected, and this figure could be much higher in some regions.

Unlike in the rest of the world where uterine prolapse is most common among older women, many Nepali women develop the condition in their 20s.

“This is an urgent human rights issue.

“Widespread uterine prolapse in Nepal goes back to the ingrained discrimination that successive governments have failed to tackle.

“Hundreds of thousands of women are suffering needlessly in Nepal today. Governments have only taken token steps to address the condition, and not followed up with concrete action to reduce risk factors.

“Nepal urgently needs a comprehensive plan to prevent uterine prolapse so fewer women and girls have to suffer through this condition.

“Any prevention plan must include effective measures to tackle gender discrimination, and ensure that women and girls know about uterine prolapse and are empowered to make decisions about their own lives.”

Uterine prolapse causes great pain, with many women unable to do the heavy physical labour or carry heavy loads they are often compelled to, or even to sit comfortably or walk.

There is considerable social stigma around the condition. Sometimes women are ostracised or described as “lazy” by families and communities when they are in too much pain to do the work expected of them. Amnesty's research found that often women are unable or reluctant to seek healthcare, or to even talk about their pain.

Kopila a 30-year old from western Nepal had her first child at 18, and has lived with the condition since the birth of her fourth child when she was 24. She has been prevented from seeking healthcare by her husband, and forced to do hard physical labour during and after pregnancy. She told Amnesty:

“I started feeling back pain and stomach pain and I couldn’t stand straight or sit or do work. I feel pain in my lower abdomen and generally I have back pain when I work hard. When I sneeze my uterus comes out.”

There are many causes for uterine prolapse, including giving birth at a young age, having many children within a short space of time, inadequate nutrition, lack of access to skilled health workers during labour and being forced to do physical work during or soon after pregnancy.

But at the heart of the problem is persistent discrimination against women and girls that has gone unaddressed by successive Nepali governments.

Women and girls are denied control of their own bodies and lives. Many are unable to decide if or when to marry or have children, whether to use contraception or how many children to have. Ensuring they are able to access quality healthcare during pregnancy is often out of women’s own hands.

Discrimination also puts women and girls at risk of domestic violence, including marital rape. Uterine prolapse frequently makes sexual intercourse painful but men and women interviewed both told Amnesty that women are unable to refuse to have sex with their husband.

Nepali organisations, especially women rights groups, have worked for years to bring the issue to the attention of the government. This led to a 2008 Supreme Court ruling that the high rate of uterine prolapse in the country is a violation of reproductive rights.

To date, however, successive Nepali governments’ efforts to address uterine prolapse prevention and gender discrimination have fallen far short of what is needed.

The lack of urgency reflects a lack of coordination and political will amongst relevant ministries in Nepal. Government’s efforts have mostly focused on providing surgery, predominantly hysterectomies, for late stage cases – a limited approach that does nothing to prevent the condition.