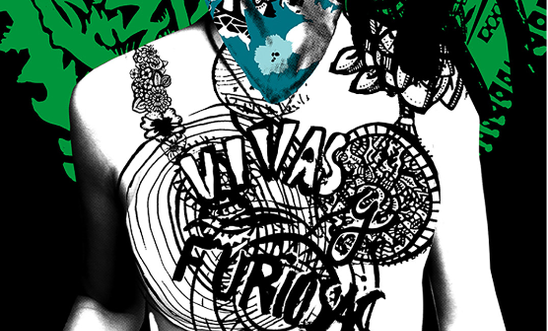 ‘Make no mistake, these protests are a call for women to live a life free from violence’ - Tania Reneaum Panszi

Women in Mexico were subjected to sexual violence, threats, and harassment by law enforcement at last year’s protests to end gender violence, Amnesty International said today as it published a new report.

In the 14-page report – ‘The (r)age of women: Stigma and violence against women protesters’, Amnesty investigates how the Mexican authorities inflicted violence on women to silence their protests. The protests took place in the states of Guanajuato, Sinaloa, Quintana Roo, the State of Mexico and Mexico City.

Over a dozen women were arrested by the police, held incommunicado for long periods, transferred via unusual routes not being told where they were going, and in some cases not taking them to the relevant authorities - causing intense fear for the women’s safety.

On many occasions police officers resorted to sexual violence to teach women a lesson about daring to protest in public. The media and government officials discredited the protests creating a hostile environment for women's right to peaceful assembly.

“The violent response to the women's protests violated their rights to freedom of expression and peaceful assembly.

“During the arrests and transfers, police officers spoke to the women using violent and sexualised language, threatened and subjected them to physical and sexual violence.

“The authorities and government officials have stigmatised women's protests, characterising them as ‘violent’, discrediting their activism and questioning their motives.

“Make no mistake, these protests are a call for women to live a life free from violence and combat thousands of femicide and sexual violence cases that has caused unimaginable pain for so many families in Mexico.”

In León, Guanajuato, the Secretary for Public Security said that the city could not be turned into a “violent protest-drome” as a justification for unlawful actions against protesters.

The authorities claimed the women protesting were violent due to women painting slogans on public walls or modifying monuments - in response to this, the authorities used extreme force violating the protesters’ rights.

Amnesty is calling on the authorities to acknowledge that the protests were legitimate and refrain from making stigmatising statements against protesters.

The authorities must carry out investigations into sexual violence to ensure that those responsible are brought to justice in fair trials and guarantee compensation for the damages to the victims.

They must also investigate the unnecessary and excessive use of force during the protests and establish the responsibility of individual police officers as well as the chain of command.

Finally, the authorities must place measures to prevent, protect and guarantee women's right to live a life free from violence, guarantee justice and compensation for those who have suffered from gender-based violence.