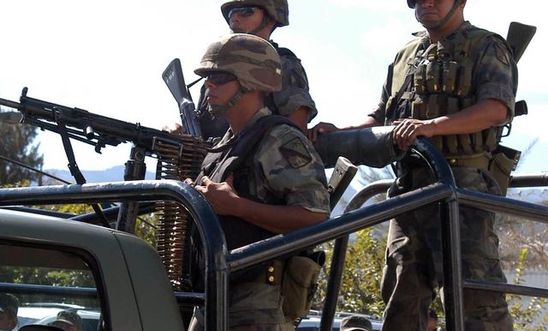 The Mexican civilian authorities must urgently investigate a recently uncovered military document that seems to indicate that the killing of 22 people, in June 2014, was not the outcome of a clash between soldiers and a criminal gang as the military reported, but instead was the direct result of an order to “take  down criminals”, said Amnesty International.

On 30 June 2014, soldiers killed 22 people allegedly belonging to an armed gang in Tlatlaya, Mexico, in what the military authorities claimed was a fire-fight with gunmen. Nevertheless, the National Commission on Human Rights and a special Congressional commission of inquiry separately concluded that most people did not die during a confrontation as stated by the Secretary of National Defence, but were actually shot when they no longer posed a threat for the soldiers.

Yesterday, Mexican human rights organisations made public the order that preceded the operation. On 11 June 2014, the 102nd Infantry Battalion issued a military order which states: “The troops shall operate massively during the night, and reduce their activity during daylight, in order to take down criminals while it is dark, since most of the crimes are committed at that time”.

This order was the basis for the military unit’s operations in that specific area of Tlatlaya at the time the killing occurred. After the 30 June operation, the soldiers reported back that they had “taken down” 22 criminals.

In the context of this case the term “take down” (abatir) means ‘to kill’. Several military documents on this case use the term with this precise meaning. The same terminology has been repeatedly used with this meaning over the course of many years in numerous military press releases. Amnesty has found no instance where the term “taking down” people has not referred to killing. Therefore, there are reasonable grounds to believe that the military instruction encouraged the extrajudicial killings.

“It is fundamental that President Enrique Peña Nieto publicly condemns this act and makes a public commitment to human rights by ordering a prompt, thorough and independent investigation by civilian authorities into the way the armed forces are conducting implementing the government’s security policy.

“Although the order included some general calls to respect human rights standards, the language used in the crucial part of the document seems to indicate that the soldiers were instructed to kill suspected criminals.”

Amnesty is calling for an impartial, independent and effective investigation of the military personnel involved in the Tlatlaya massacre. This should include any military commander or others with command responsibility who knew or should have known that the forces were committing or about to commit such crimes and took no steps to prevent or suppress the crime, or to submit the matter to the competent civilian authorities for investigation and prosecution.

Amnesty has documented other cases where Mexico’s armed forces were involved in unlawful killings of civilians, enforced disappearances, torture, arbitrary detentions, crimes of sexual violence, and other crimes under international law and human rights violations.

The Mexican government has either denied any involvement in such crimes or depicted them as isolated cases performed by individuals acting on their own. This latest revelation has cast serious doubt on that narrative and must prompt the civilian authorities to launch a serious inquiry into the military’s actions, strategies and policies.