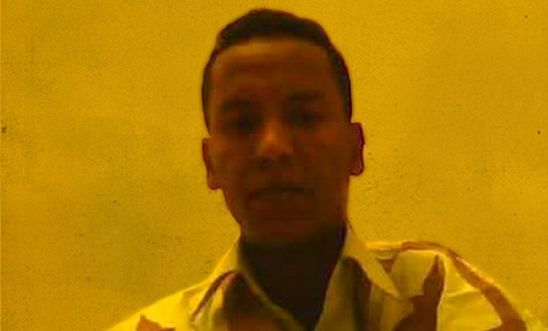 Following the release of Mauritanian blogger Mohamed Mkhaïtir, who was sentenced to death and held in arbitrary detention for more than five years after publishing a blog on caste discrimination, Amnesty International’s Campaigner Kiné Fatim Diop said:

“Mkhaïtir’s long-awaited release is a welcome development. He spent more than five years behind bars, mostly in solitary confinement. Mkhaïtir should never have been arrested in the first place. He will now be able to resume his education and enjoy his human rights.

“Mauritania’s new president, Mohamed Ould Ghazouani, who took office three days after the blogger’s release, must ensure what happened to Mkhaitir will never happen to anyone else in the country.

“His government should immediately initiate a process to get laws criminalising apostasy repealed. No one should be arbitrarily detained and charged, let alone sentenced to death simply for peacefully exercising their right to freedom of expression."

During a meeting with Amnesty International staff after his release, Mkhaïtir thanked the organisation and its supporters for their relentless campaigning:

“Without your efforts, I would not have been released. During five years in prison, I just saw the sun six times.

“So much has changed over the past five years and I am still adjusting to life outside of prison. Now I am free, my hope is to resume my education and return to school.”

Mkhaïtir was initially arrested in Mauritania on 5 January 2014 after he published a blog that discussed slavery and discrimination, including against the blacksmith caste, to which he belongs.

Despite an appeal court ruling that he should be released on 9 November 2017, the authorities continued to detain him at an undisclosed location, with limited access to his family and no access to his lawyers.

Mkhaïtir was released on Monday 29 July, shortly after having been requested to repent on national television on 12 July and in front of Oulemas on 27 July. He was immediately taken to Senegal for safety reasons. He arrived in Europe during the week end.