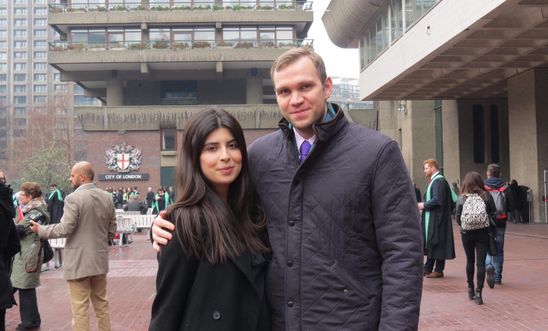 “This is a huge relief and goes some way to righting a wrong after Matthew’s grossly unfair trial. Now Matthew needs to be speedily released and allowed to return to the UK.

“Today’s news is a tribute to the tireless efforts of Matthew’s wife Daniela, who has bravely pushed the UK Government into taking action.

“Matthew’s ordeal is a reminder that the UAE is a deeply repressive country which ruthlessly suppresses free speech and peaceful criticism, and we should spare a thought for Emirati prisoners of conscience like Ahmed Mansoor or Mohammed al-Roken who aren’t getting a pardon today.

“The scales will surely fall from the UK Government’s eyes now, with ministers and officials urgently reassessing the UK’s entire relationship with the UAE. We’d like to see a far more robust position from the UK in defence of human rights across the entire Gulf region.”

Since 2011, the UAE authorities have embarked on a ruthless crackdown targeting human rights defenders, judges, lawyers, academics, students and journalists, apparently designed to stamp out all dissent in the country. Many of those arrested have been subjected to arbitrary detention, enforced disappearance, torture and unfair trials. As a result, critics and dissidents in the UAE are serving lengthy prison sentences simply for peacefully exercising their right to freedom of expression.

In addition to calling for justice for Matthew Hedges, Amnesty is campaigning for the release of the following prisoners of conscience in the UAE:

Ahmed Mansoor is a prominent human rights defender who received the prestigious Martin Ennals Award for Human Rights Defenders in 2015. He has documented the human rights situation in the UAE since 2006. Up until his arrest in March 2017, Mansoor was the last remaining human rights defender in the UAE who had been able to criticise the authorities publicly. He was tried and convicted on charges including “insulting the status and prestige of the UAE and its symbols”, including its leaders, “publish[ing] false information to damage [the] UAE’s reputation abroad”, and “portray[ing] the UAE as a lawless land”. He was sentenced to ten years’ imprisonment on 29 May this year.

Dr Mohammed al-Roken is a prominent human rights lawyer and former president of the UAE’s Jurists Association who was arrested in 2012. The following year he was sentenced to ten years’ imprisonment following the grossly unfair trial of 94 reform advocates (known as the “UAE 94” trial). Many of the UAE 94 have alleged in court that they were tortured or otherwise ill-treated in pre-trial detention, where they were often held incommunicado for months in secret State Security detention facilities.

Osama al-Najjar was arrested in March 2014 and sentenced to three years in prison after sending tweets to the Minister of Interior expressing concern that his father (see below) had been ill-treated in prison. He was due for release from al-Razeen Prison in Abu Dhabi in March 2017, having fully served his prison sentence. However, the State Security Chamber of the Federal Supreme Court decided to extend his detention at the request of the Public Prosecution on the pretext that he remained a threat and therefore should be detained in the Counseling Center, another area within the prison.

Science teacher Hussain Ali al-Najjar al-Hammadi is Osama al-Najjar’s father. He was arrested on 16 July 2012. He was sentenced to ten years’ imprisonment in the “UAE 94” trial, and to a further 15 months in the trial of 20 Egyptian and ten UAE nationals.

Dr Nasser bin Ghaith was sentenced to ten years’ imprisonment in March 2017 by the Federal Appeal Court in Abu Dhabi. He was tried and convicted on charges including “posting false information” about UAE leaders and their policies, based on comments he made on Twitter stating that he had not been given a fair trial in a 2011 case that included Ahmed Mansoor and three other Emiratis known as the “UAE 5” case. Dr Nasser bin Ghaith has also been convicted of “communicating and co-operating with members of the banned al-Islah organisation”, in connection with meetings he had with individuals allegedly linked to the organisation.