Manus Island: Voluntary relocation offered to refugees - but not a 'fix-all' for appalling treatment 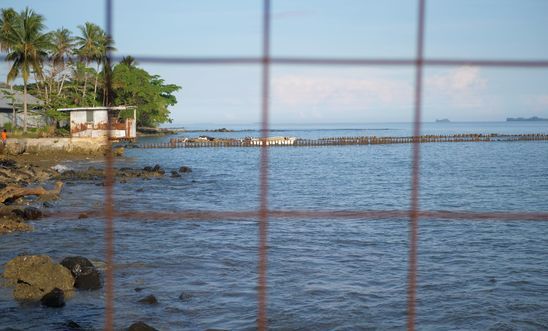 The Immigration and Citizenship Authority of Papua New Guinea has said it will provide refugees with residential accommodation, re-location support, a weekly living allowance and other support such as health services and employment support.

“It is great news that these men, who have been trapped on Manus for six years are being offered the chance to escape their island prison and settle in Port Moresby.

“The PNG Government are ultimately doing the right thing in welcoming these people into their community and giving them freedom from detention while a solution is found.

“It is vital that there is a long-term plan for these refugees and that their rights are protected. We still have concerns about the men’s safety in the community. Refugees have been targeted in the past and Port Moresby continues to be one of the most dangerous cities in the world.

“Many of these men have also suffered ongoing psychological and health issues. Any settlement plan must also address the need to protect the health and wellbeing of refugees in the community.

“Greater clarity about their legal status and how it might affect their ability to settle elsewhere if they choose to transfer is also needed. Some of these men have family in Australia or elsewhere and will wish to join them. While living in Port Moresby offers a lot more freedom than the detention centres on Manus, they should still be allowed to pursue re-settlement elsewhere.

“Relocating them to Port Moresby should not be seen as a fix-all for the terrible treatment these men have endured over the past six years. The Australian Government cannot wash their hands of responsibility for them once they have relocated. They put them on Manus, and they are responsible for ensuring they are suitably resettled, including bringing them to Australia where appropriate.”

Amnesty understands there remains almost 700 people languishing in Papua New Guinea and Nauru that were sent there by the Australian Government more than 6 years ago.