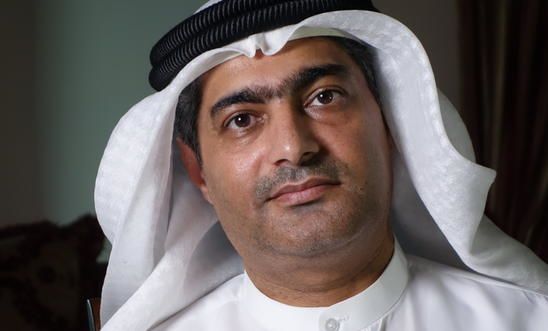 Amnesty International has urged Manchester City Council to speak out on behalf of a leading Emirati human rights activist who was detained in mysterious circumstances earlier this week.

Ahmed Mansoor was arrested after a midnight raid on his apartment in the United Arab Emirates on Sunday night. After storming into the family home, a dozen uniformed security officials carried out a lengthy room-by-room search, including of the children’s bedroom, before confiscating electronic devices and taking Mr Mansoor away at around 3.15am.

His wife was not informed where he was being taken and Mansoor does not have legal representation. Amnesty fears that he may be at risk of torture or other ill-treatment in custody.

The state-run Emirates News Agency has reported that Mansoor was arrested on the orders of the country’s Public Prosecution for Cybercrimes and detained pending further investigation. He’s reportedly accused of “using social media [including Twitter and Facebook] sites to publish false and misleading information that harm national unity and social harmony and damage the country’s reputation” as well as “promoting a sectarian and hate-incited agenda.”

Until his arrest, Mansoor had been the only person in the UAE speaking out about human rights violations. As a result, he’s faced repeated intimidation, harassment and death threats from the UAE authorities or their supporters. The authorities have placed him under physical and electronic surveillance, and his computer, phone, email and Twitter accounts have all been hacked. He has also received numerous death threats and been assaulted by government supporters following his 2011 arrest and imprisonment, when he was sentenced to three years’ imprisonment for “insulting officials”. In 2015, in response to his courageous work, he won the prestigious Martin Ennals Award for Human Rights Defenders.

Amnesty’s Manchester group will hold a protest in front of the Town Hall in Albert Square on Monday 27 March (6.30pm). Local councillors and MPs are invited to attend.

“The Manchester group was devastated to hear about the arrest of Ahmed Mansoor.

“Ahmed has worked tirelessly to defend human rights in the UAE against incredible odds, and he was one of the few remaining links to help us understand the human rights situation in the country.

“We are very concerned about his welfare, and urge anyone who feels able to do so to write immediately urging the authorities grant his release.”

Members of Amnesty’s Manchester group will be available for interview from Albert Square on Monday night.

For more on Ahmed Mansoor’s case - including information on how to write to the UAE authorities to raise his case - go here.