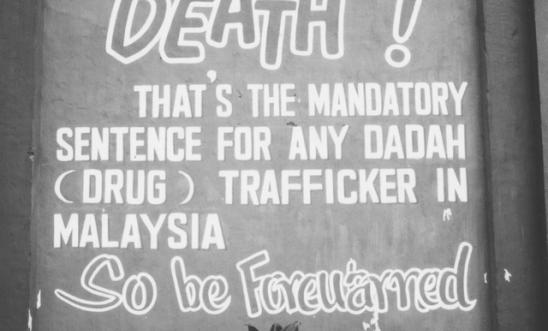 Currently 1,341 people are on death row in Malaysia, with 905 of the cases involving mandatory death sentences for drug trafficking

“We applaud the Government’s decision to abolish the mandatory death penalty and to grant judges discretion in sentencing. It’s a welcome step in the right direction, and we urge the Government to go further and work towards full abolition of this cruel punishment.

“The Government should table the necessary amendments in Parliament without delay and establish a full review of all cases involving the mandatory death penalty with a view to commuting these sentences.

“We have seen and documented time and time again how the use of mandatory sentencing has disproportionately harmed the most marginalised and disenfranchised members of society.

“The Government’s announcement today shows that human rights change is possible, and that the global trend towards abolition remains unstoppable. Malaysia’s decision should also set an example for other countries in the region.”

On 10 June 2022, the Minister in the Prime Minister’s Department (Parliament and Law) Wan Junaidi Tuanku Jaafar confirmed that the Government has agreed to abolish the mandatory death penalty. The Cabinet decision was reached after a presentation of a report by the Special Committee to Review Alternative Sentences to the Mandatory Death Penalty.

Currently 11 offences carry the mandatory death penalty in Malaysia, including for drug-related offences, which make up the majority of death penalty cases. The decision by the Cabinet would give judges discretion in sentencing. These amendments would still need to be tabled and passed in Parliament before they take effect.

The Cabinet decision includes calls for further studies to develop proposals for substitute punishments for the 11 offences which carry the mandatory death penalty.

According to a parliamentary written reply in February 2022, there are currently 1,341 people on death row in Malaysia, with 905 of the cases involving mandatory death sentences for drug trafficking.

Amnesty International opposes the death penalty in all cases without exception, regardless of the nature or circumstances of the crime, the guilt, innocence or other characteristics of the offender or the method used by the state to carry out the execution.