Malawi: Resurgence of killings and abductions of people with albinism a dangerous escalation 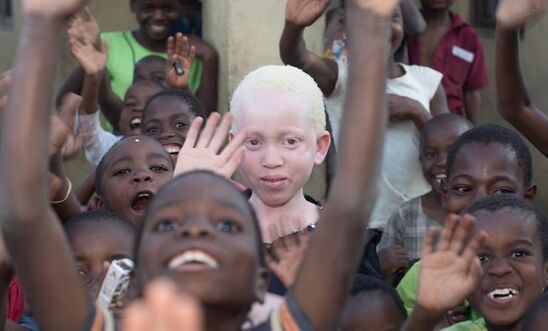 ‘These attacks are fuelled by a culture of impunity’ - Muleya Mwananyanda

The resurgence of killings and abductions of people with albinism marks a dangerous escalation in Malawi, Amnesty International and the Association of Persons with Albinism said today.

Last week, a 12-year-old girl with albinism narrowly survived abduction by two unknown assailants, who broke into her home in Machinga district. The body of 26-year-old Saidi Dyton is still missing following the arrest of three suspects who confessed to his killing on 27 January.

“The latest attempted abduction of a 12-year-old girl and the missing body of Saidi Dyton are a chilling reminder of how life has become dangerous for people with albinism in Malawi.

“People with albinism are simply not safe in Malawi, whether in their homes or on the street.

“These attacks are fuelled by a culture of impunity and Malawian authorities must swiftly move to bring suspected perpetrators of these latest crimes to justice in fair trials.”

In the past four months alone there have been seven recorded attacks against people with albinism - ranging from killings, tampering of graves, attempted abductions and physical violence.

A previous Amnesty report revealed how people with albinism were “hunted” and killed “like animals” for their body parts. Their bones are sold to practitioners of traditional medicine in Malawi and Mozambique for use in charms and magical potions associated with wealth and good luck.

Amnesty has consistently called for thorough and transparent investigations into these crimes, and accountability for the murders of people with albinism. Cases of attacks on this vulnerable group remain largely unresolved.

The number of reported crimes against people with albinism in Malawi is estimated at approximately 170, including more than 20 murders since November 2014.

Menard Zacharia, Executive Director of the Association of Persons with Albinism, added:

“The government of Malawi has an obligation under domestic and international human rights law to protect people with albinism and ensure justice to the victims of the attacks and killings.

“Authorities must intensify their investigations to finalise all outstanding cases, including apprehending the fourth suspect in Saidi’s case and find his body.”