Lesotho: Thabane resignation must not mean immunity from charges over murder of ex-wife 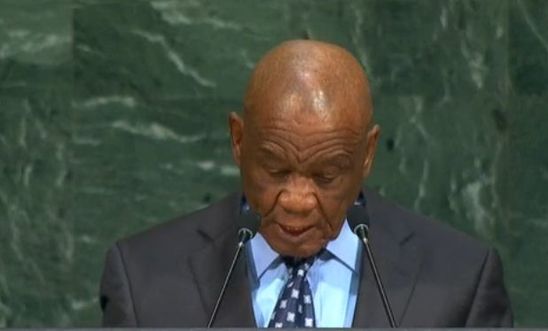 Thabane has stepped down as Prime Minister

The departure of former Prime Minister Thomas Thabane from office should not give him immunity for his alleged complicity in the murder of his ex-wife, Lipolelo Thabane, Amnesty International said today, as Thabane handed over power to Moeketsi Majoro.

Thabane, together with his current wife, Maesaiah Thabane, is facing charges related to the 2017 murder of his ex-wife, Lipolelo Thabane, and the attempted murder of her acquaintance Thato Sebolla.

“Despite having resigned from his position as prime minister, Mr Thabane remains a powerful figure in Lesotho’s political scene. The wheels of justice have not turned fast enough in this scandalous case while Thabane was in power - they must do so now.

“His resignation should not give him any immunity for the murder charges he is facing of his late wife and the charges for the attempted murder of her acquaintance, Thato Sebolla. It is also important that key witnesses, including Sebolla, are given full protection by the authorities.

“All suspected perpetrators must be brought to justice in fair trials.”

There are concerns over the safety and security of witnesses in Lipolelo’s murder case. One of the individuals considered a key witness has died in mysterious circumstances, and others have fled the country after receiving death threats.

The authorities have failed to provide adequate protection to them, despite police having information on the threats they face and risks to their lives.

Shot down whilst driving home

The late wife of the Prime Minister of Lesotho Thomas Thabane, Lipolelo, was shot several times and killed on 14 June 2017 while she was driving home. She was driving with her acquaintance, Thato Sebolla, who was also shot, sustaining injuries.

Thabane took office on 16 June 2017 after an election on 3 June following a vote of no confidence in Prime Minister Pakalitha Mosisili on 1 March 2017.