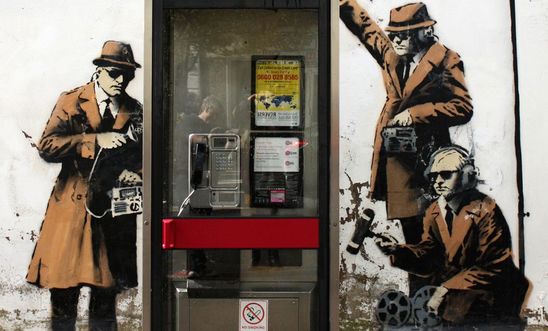 A new tool to enable ordinary people to scan their computers for known surveillance spyware has been released today by Amnesty International and a coalition of human rights and technology organisations.

‘Detekt’ is the first tool to be made available to the public that reveals the presence of major known surveillance spyware, used by governments, in computers.

“Governments are increasingly using dangerous and sophisticated technology that allows them to read activists and journalists’ private emails and remotely turn on their computer’s camera or microphone to secretly record their activities.

“They use the technology in a cowardly attempt to prevent abuses from being exposed.

“Detekt is a simple tool that will alert activists to such intrusions so they can take action.

“It represents a strike back against governments who are using information obtained through surveillance to arbitrarily detain, illegally arrest and even torture human rights defenders and journalists.”

Some surveillance technology is widely available on the internet; while other more sophisticated alternatives are developed by private companies and sold to state law enforcement and intelligence agencies in countries that persistently commit human rights violations.

FinFisher, a German firm that used to be part of UK-based Gamma International, developed the spyware FinSpy which can be used to monitor Skype conversations, extract files from hard drives, record microphone use and emails, and even take screenshots and photos using a device’s camera.

According to research carried out by Citizen Lab and information published by Wikileaks, Finfisher was used to spy on prominent human rights lawyers and activists in Bahrain.

Amnesty wants governments to establish strict trade controls requiring national authorities to assess the risk that the surveillance equipment would be used to violate human rights before authorising any transfer, in a similar manner to how the arms trade is controlled.

“Detekt is a great tool which can help activists stay safe but ultimately, the only way to prevent these technologies from being used to violate or abuse human rights is to establish and enforce strict controls on their use and trade.”

Amnesty will use its networks to help activists across the world learn about Detekt and scan their devices for signs of spyware.

Detekt is a free and open source software and is provided as is, without warranties or guarantees of any kind.

For more information about Detekt, and to download the tool, please visit https://resistsurveillance.org