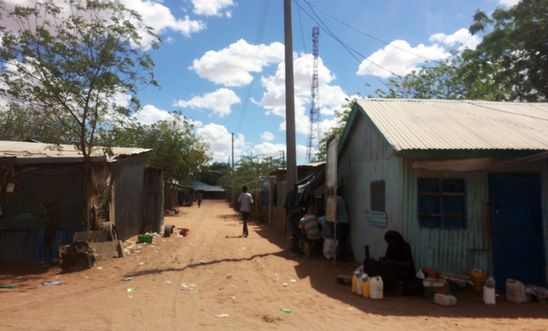 Just two weeks before the deadline given to close the Dadaab refugee camp, Kenyan government officials are deliberately forcing refugees to return to Somalia, where they risk being injured or killed in the ongoing armed conflict, Amnesty International said in a report released today.

The government announced in May that it would close the world’s largest refugee camp, which is home to more than 280,000 mostly Somali refugees, citing security, economic and environmental concerns, in addition to lack of support by the international community. Since then, government officials have made statements in the media and visited the camp, threatening people to leave before the closure slated for 30 November 2016.

“The refugees are caught between a rock and a hard place. Kenyan government officials are telling them they must leave by the end of the month or they will be forced to leave without any assistance.

“These actions contravene the Kenyan government’s assurances to the international community that it would ensure all refugee repatriations are voluntary and carried out in safety and dignity.”

Among those interviewed were two brothers aged 15 and 18 who had gone to Somalia in January and returned to Dadaab four months later. They said that when they got to Somalia, their father was killed in front of them and they were forcibly recruited by Al-Shabaab. They eventually escaped and made it back to Dadaab.

The dangers associated with the armed conflict in Somalia have been greatly underreported to the refugees by the UN and NGOs facilitating the return process from Dadaab to Somalia. For instance, in August, when thousands of people were going through the return process, UNHCR’s information on the security situation in Somalia had not been updated since December 2015 in spite of increasing insecurity in many areas. The UN and the NGOs are currently working to update their information, however, it is unclear when this will be completed and what level of detail will be included.

Besides, Somalia, which is currently grappling with over 1.1 million internally displaced people, lacks the necessary resources to handle a large-scale return of refugees from Dadaab. Services including shelter, healthcare and education remain in desperately short supply.

Most refugees interviewed by Amnesty said they were only considering leaving due to threats from Kenyan government officials.

According to a verification exercise carried out by the Kenyan government and UNHCR in July and August, only 25% of refugees said they were willing to return. Refugees cited threats issued by the Kenyan authorities that they would be forced to leave if they did not go now and that they would miss out on the allowance UNHCR gives, as reasons to leave.

Hadi, who has lived in Dadaab for the last 24 years, told Amnesty International: “They [the Kenyan authorities] are pushing us to Somalia. They came to our block areas with microphones and said: “You have to go register yourselves to go to Somalia… If you don’t go register yourself now you will have to go on foot with your babies on your backs.”

His testimony was echoed by Samira, who has lived in the camp for the last eight years. She said: “People believe after November the small return package won’t be there and there won’t be transport… People are moving before they miss the transport and money.”

No alternative options have been provided by Kenya or the international community for the majority of refugees not wishing to return to Somalia. Several of those who spoke to Amnesty International cited not only insecurity, but the lack of basic services and fear of discrimination as reasons for not wanting to return.

Amongst those that expressed concerns about returning are people with disabilities and members of minority groups, returning to Somalia is not an option as no additional safeguards have been put in place for them.

Mouna, a mother of a disabled child, said: “There are no facilities for disabled people in Somalia. As refugees we are already considered last in everything. With children with disabilities we will be right at the back of the queue when it comes to receiving help.”

Amina, a woman whose six-year-old son is living with albinism said: “Another big part of the reason why I don't want to go back is that people don't understand albinism. Already some people here say he is illegitimate, he is a foreigner. He has been picked on by the other kids for being different. In Somalia I can see it being much worse. He also won't have access to the cream he gets for his skin.”

The lack of international support given to Kenya, including through consistently underfunding appeals and offering very limited resettlement places to vulnerable refugees, has contributed to the appalling situation in which the inhabitants of Dadaab currently find themselves. Just 10 countries host more than half of the world’s 21 million refugees – Kenya is one.

“Kenya’s increased restrictions on Somali refugees comes at a time of shocking failures by rich countries to accept their fair share of responsibility. Rather than focusing on returning refugees to Somalia, where they are at risk of further human rights abuses, the international community should be working with Kenya to ensure long-term sustainable solutions.

“This includes increased resettlement places for the most vulnerable refugees. But it also includes Kenya guaranteeing refugees their rights and finding ways to integrate them into host communities and away from camps, with the full support of the international community.”

In recent years, a series of attacks by Al-Shabaab - including the 2013 attack on Nairobi’s Westgate Shopping Mall and the April 2015 attack on Garissa University College – as well as a perceived improvement in the security situation in Somalia, have resulted in mounting pressure by the Kenyan authorities to repatriate Somali refugees.

Somalia has been ravaged by over two decades of conflict. Fighting between government forces supported by African Union troops, and Al-Shabaab militants has resulted in gross human rights violations against civilians and devastated basic services and infrastructure.