Karadzic verdict: 'An important day for justice' but ruling leaves life unchanged for thousands of survivors 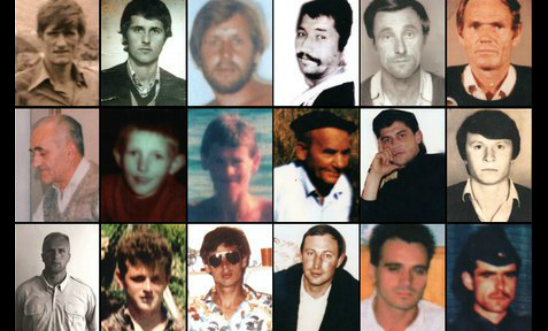 Today’s guilty verdict handed down by a UN Court in The Hague against former Bosnian-Serb leader Radovan Karadžić for genocide and other crimes under international law marks a major step towards justice for victims of the armed conflict in Bosnia-Herzegovina, said Amnesty International.

The Trial Chamber of the International Criminal Tribunal for the former Yugoslavia (ICTY) found Karadžić guilty on one count of genocide, five counts of crimes against humanity and four counts of war crimes for his role in the armed conflict - both for his individual responsibility and as part of a joint criminal enterprise.

He was sentenced to 40 years’ imprisonment. His lawyers have said they will appeal.

“This is a very important day for international justice and for victims who waited 13 years for Karadžić’s arrest, and then another eight years for today’s verdict.

“This judgment confirms Radovan Karadžić’s command responsibility for the most serious crimes under international law carried out on European soil since the Second World War.

“We should not forget, however, that more than 20 years after the Bosnian War, thousands of cases of enforced disappearances are unresolved, with a disturbing lack of political will still blocking access to justice, truth and reparation for victims.”

The Hague court convicted Karadžić of genocide in relation to the massacre in Srebrenica, where more than 7,000 Bosnian men and boys were killed. It also found him responsible for crimes against humanity and war crimes including the torture, rape and killing in detention of thousands of people, perpetrated with the intent to systematically remove the Bosnian Muslim and Bosnian Croat populations in territories claimed by Bosnian Serbs.

The court found that his role in the siege of Sarajevo was so instrumental that without his support it would not have occurred. It held that the whole population of Sarajevo was terrorised and lived in extreme fear, facing indiscriminate attacks between 1992 and 1995.

He was acquitted of one count of genocide in relation to crimes committed against both Bosnian Muslims and Bosnian Croats in seven municipalities in 1992.

Karadžić held several of the highest positions in the Bosnian-Serb leadership during the three-year war in which his forces were pitted against Bosnian-Muslim and Bosnian-Croat forces, commanding operations against both military forces and the civilian population.

While the death toll from the Bosnian War stands at 100,000, including some 38,000 civilian victims, fewer than 1,000 war crimes cases have been investigated and prosecuted at the state level.

The fate of thousands has still not been revealed. Amnesty urges authorities in Bosnia-Herzegovina to commit truly to resolving the 8,000 outstanding cases of enforced disappearances from the war, and to provide access to truth, justice and reparation for the families.

Since it was established in 1993, the ICTY has indicted 161 persons for crimes under international law committed in the territory of the former Yugoslavia. Proceedings have been concluded in the cases of 149 accused, including seven individuals convicted of genocide at Srebrenica. There are still ongoing cases against 12 individuals, including a genocide case against former Bosnian-Serb military leader Ratko Mladić.