Italy: charges against Sea-Watch 3's captain must be dropped 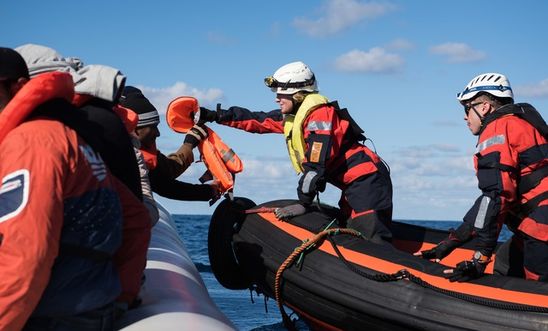 Ahead of the questioning of the Sea-Watch 3 captain, Carola Rackete, by prosecutors in Agrigento (Sicily) tomorrow on charges of abetting irregular migration and resisting the orders of a war ship, Elisa De Pieri, Amnesty International’s researcher on southern Europe said:

“The baseless charges levelled against this courageous and principled young woman expose the determination of Italian authorities to intimidate and stigmatise people saving lives at sea.

“Carola Rackete did nothing wrong. It is a requirement under international and Italian law to rescue lives at sea and seek a port of safe disembarkation. She contacted the authorities of three European countries only to be refused. It is the authorities in Italy – and other EU states – that have violated the law.

“Carola Rackete’s actions should be celebrated rather than criminalised and the charges against her must be dropped. As European ministers gather today in Helsinki, it is imperative that they agree a workable mechanism for disembarking and relocating people rescued at sea.”