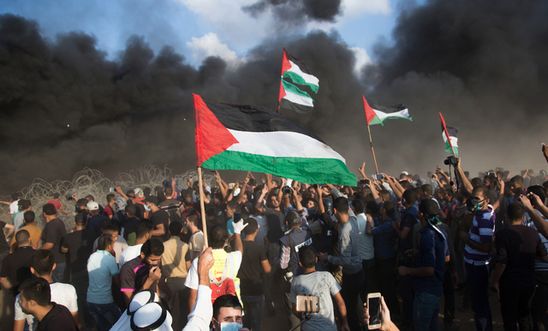 Amnesty International is calling on the Israeli government to rein in its armed forces during planned protests by Palestinians in Gaza later today.

Fears of escalating bloodshed are rising ahead of today’s “Great March of Return” demonstration after the Israeli authorities announced what they called a “zero tolerance” policy towards demonstrations along the Israel/Gaza border fence.

The new Israeli government policy announcement came yesterday after the security cabinet met in Jerusalem to discuss their response to a rocket from Gaza that damaged a residential home in Beersheba in southern Israel.

Israel’s Housing Minister and former commander of the Israeli army’s Southern Command, Yoav Gallant, was quoted by Israeli media saying “the rules of the game are about to change”, suggesting that Israel will be stepping up its response to armed groups in the Gaza Strip and raising fears of full-scale military action.

The exact details of what “zero tolerance” means have not been disclosed, but there are fears it will lead to more Palestinian deaths along the Gaza/Israel border.

Protesters are due to gather today for the Great March of Return protests, which have taken place every Friday since 30 March, demanding the lifting of the unlawful 11-year blockade on Gaza and the return of Palestinian refugees to their villages and towns. Since the protests began, more than 150 Palestinians have been killed - including more than 30 children - and thousands of others injured.

Amnesty has repeatedly condemned attacks by Palestinian armed groups on civilians and civilian objects. According to Israeli media reports, Palestinian demonstrators will have to remain some considerable distance from the border fence, otherwise soldiers will open fire. Israeli authorities have also stated that incendiary balloons and kites launched from Gaza will be met with greater force than previously.

“Given Israeli forces’ horrific track record of using deadly force against Palestinian demonstrators in Gaza - as well as journalists, medics and others - the announcement of a ‘zero tolerance’ policy is deeply alarming.

“There are serious fears that this policy will further sanction the use of deadly force against unarmed protesters during today’s demonstrations, and that Israeli forces will be given carte blanche authorisation to carry out large-scale, unlawful killings escalating the bloodshed. Israel has repeatedly used lethal force unnecessarily and excessively against unarmed protesters in shameless violation of international law.

“The three armed conflicts between Israel and Hamas have had catastrophic consequences for the population of Gaza, which continues to suffer from 11 years of living under a brutal blockade.

“It is now time the international community shows ‘zero tolerance’ towards Israel’s flagrant contempt for Palestinian lives and disregard for its obligations under international law.”