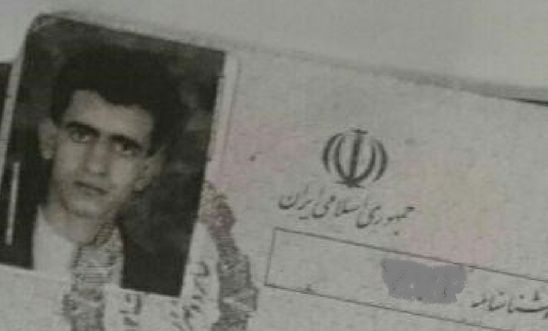 The two were only 16 and 17 at the time of crimes, making their execution illegal under international law

Reports that two other juvenile offenders were executed earlier this year

The Iranian authorities must stop the imminent execution of two death row prisoners who were children at the time of their arrest, Amnesty International said today.

One of the two, Mehdi Bahlouli, is due to be executed tomorrow morning (Wednesday 19 April) in Karaj’s Raja’i Shahr Prison, after more than 15 years on death row. He was sentenced to death by a criminal court in Tehran in November 2001 for fatally stabbing a man during a fight. He was 17 at the time of the crime.

The execution of the second man, Peyman Barandah, is scheduled to take place just three weeks later, on 10 May, in Shiraz Central Prison, Fars Province. He was arrested at the age of 16 and spent nearly five years on death row, after being convicted in August 2012, also for stabbing a teenager to death during a fight.

Mehdi Bahlouli’s family have told Amnesty that they received a telephone call from the prison on Saturday informing them that they should attend for their last-ever visit. Mr Bahlouli was transferred to solitary confinement on Sunday in preparation for his execution.

In January, Bahlouli’s request for retrial was denied. This decision blatantly contradicts the Iranian authorities’ statement to the UN Committee on the Rights of the Child last year that “all adolescents who were under 18 at the time of committing the crime are granted retrials [under Iran’s 2013 new Islamic Penal Code] and their previous verdicts are annulled by the Supreme Court.”  Iran’s 2013 Islamic Penal Code gives judges the option of replacing a death penalty with an alternative punishment if they determine that the juvenile offender did not understand the nature of the crime or its consequences, or if his or her “mental growth and maturity” were in doubt.

In January, the Iranian authorities scheduled the executions of two other men arrested as children - Sajad Sanjari and Hamid Ahmadi. Both were halted at the last minute, following an international outcry.

“Carrying out the executions of these two young men would be an outrageous breach of international human rights law that would cement Iran’s position as one of the world’s top executors of juvenile offenders.

“Mehdi Bahlouli has spent his entire young adult life on death row. His shocking ordeal epitomises the cruelty of Iran’s juvenile justice system which regularly sentences juvenile offenders to death in violation of international human rights law and then subjects them to prolonged periods on death row.

“The anguish and torment of living their lives in the shadow of the gallows also amounts to cruel and inhuman treatment.

“The Iranian authorities have touted the 2013 Islamic Penal Code as evidence that the country is moving away from the use of the death penalty for juvenile offenders. However, these two scheduled executions show these claims are empty rhetoric.

“Iran must urgently amend its penal code to completely abolish the use of the death penalty for crimes committed while under 18, commute the death sentences of all juvenile offenders and establish an official moratorium on executions.”

Since the beginning of the year, Amnesty has received reports indicating that two young men - Arman Bahrasemani and Hassan Hassanzadeh - were executed for crimes that took place when they were under 18 years of age.  Amnesty fears the true number could be much higher. The organisation has the names of at least 90 juvenile offenders currently under death sentences across Iran. Many have spent prolonged periods on death row - in some cases more than a decade. Some have had their executions scheduled then postponed or stayed at the last minute on multiple occasions, adding to their torment.

Last week Amnesty published a major report on the global use of the death penalty (www.amnesty.org.uk/press-releases/global-executions-down-more-third-dea…) which showed that Iran carried out at least 567 executions during 2016, including at least two of people under 18 at the time of the crime. Amnesty has also received information indicating that five other juvenile offenders may have been among the hundreds executed.