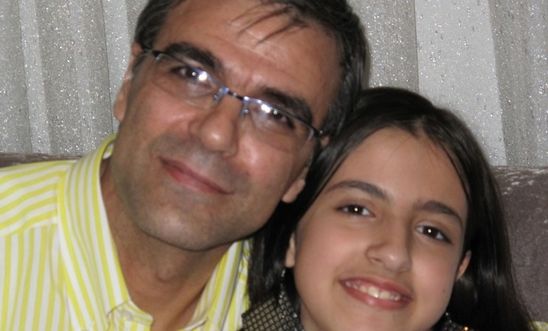 “First the authorities jail Nasrin Sotoudeh on bogus charges, then harass, intimidate and threaten her family and friends, and now arrest her husband.

“These callous actions illustrate the lengths to which the Iranian authorities will go to silence human rights lawyers, even targeting their families.

“The Iranian authorities must immediately and unconditionally release both Nasrin Sotoudeh and Reza Khandan. They must drop all charges against them and stop their harassment of this family once and for all.

“The international community, including the EU given its ongoing dialogue with Iran, must condemn in the strongest terms the arbitrary arrest and detention of both Reza Khandan and Nasrin Sotoudeh, and do everything in their power to expedite the release of these two human rights defenders.”

Campaign against forced veiling
Reza Khandan has publicly campaigned for the release of his wife since she was arrested on 13 June. She is currently being held in Tehran’s Evin prison, charged with several national security offences, including “insulting the Supreme Leader” and “spreading propaganda against the system”.

The charges against her stem from her work defending women who have been prosecuted for peacefully protesting against the discriminatory and degrading practice of forcing women to be veiled (wearing of the hijab). She started a hunger strike on 25 August in protest at her unjust detention and the Iranian authorities’ harassment of her family and friends.

Prior to his arrest, Reza Khandan had raised concerns on Facebook about human rights violations in Iran, including the imprisonment of human rights defenders and the prosecution of women who have campaigned against forced veiling.

Reza Khandan is just the latest person to be arrested as part of an ongoing crackdown in Iran against human rights lawyers, activists and their families.