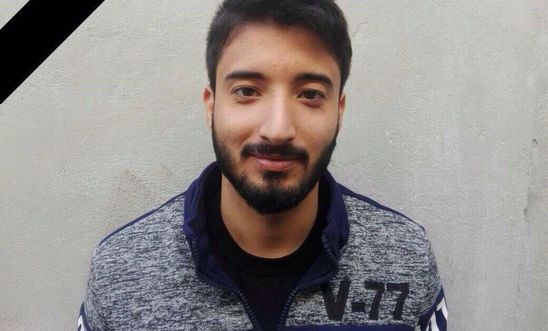 Family assured that execution had been halted, shortly before Ali Kazemi’s hanging at midday today

Execution is already second of a juvenile offender in Iran in 2018, and one of dozens in recent years

Amnesty International has expressed its outrage at reports that the Iranian authorities have executed a young man convicted of murder who was only 15 years old at the time of his alleged crime.

Amnesty has learned that 22-year-old Ali Kazemi was hung earlier today in prison in Busher province. His execution was scheduled and carried out without any notice being given to Mr Kazemi’s lawyer, a requirement under Iranian law.

Kazemi was convicted of murder in connection with the fatal stabbing of a man during a fight in March 2011. He was 15 years old at the time the crime was committed.

“This is nothing short of an all-out assault on children’s rights, as enshrined in international law, which absolutely bans the use of the death penalty against someone who was under 18 years of age at the time of the crime.

“It is long overdue for the head of Iran’s judiciary to intervene and establish an official moratorium on executions of juvenile offenders. Iranian parliamentarians must amend the Penal Code to ban the use of the death penalty against anyone who was under 18 at the time of the offence.”

Ali Kazemi’s execution comes less than a month after Iran executed another man - Amirhossein Pourjafar on 4 January - who was under the age of 18 at the time of his alleged crime.

Between 2005 and 2018, Amnesty recorded the execution of 87 people convicted by the courts in Iran for crimes that occurred when they were under the age of 18. This included four in 2017, and two so far in 2018. Amnesty has also identified at least 80 individuals who are on death row in Iran for crimes that took place when they were under 18 years of age.

The UN Convention on the Rights of the Child is unequivocal in its absolute prohibition on the use of the death penalty for crimes committed by people below 18 years of age. It is also well-established in the principles of juvenile justice that individuals under 18 years of age should be treated as less mature and culpable, and should never face the same penalties as adults.