Iran: Five-year sentence for Nazanin Zaghari-Ratcliffe in case that has been 'a complete travesty of justice throughout' 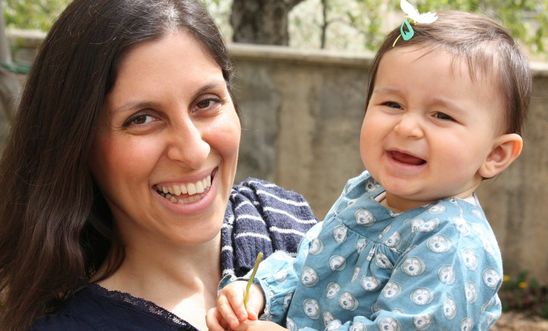 Nazanin and her daughter Gabriella

Responding to a report from her husband Richard that the UK-Iranian dual national Nazanin Zaghari-Ratcliffe has been sentenced to five years in prison on unspecified “national security charges”, Amnesty International UK’s Individuals at Risk Campaign Manager Kathy Voss said:

“This is extremely depressing but probably not unexpected news.

“From all the reports we’ve seen, Nazanin’s case has been a complete travesty of justice throughout - beginning with her protracted secret detention, then the unsupported accusations from officials, and culminating in this week’s out-of-the-blue sentence.

“We’re calling on the UK Government to make urgent representations on Nazanin’s case at the highest level. Unless it can be shown that she’s been charged with an internationally recognisable criminal offence and allowed to defend herself in proceedings that meet international fair trial standards, this conviction and sentence should be quashed and she should be freed.”

Amnesty has been campaigning for justice for Ms Zaghari-Ratcliffe as well as other dual nationals, including the UK-Iranian businessman, Kamal Foroughi, 77, an oil and gas consultant who has served more than five years of an eight-year jail sentence after being convicted of espionage and possessing alcohol. Mr Foroughi’s release is long overdue under Iran’s own early-release laws and Amnesty has called for him to be released immediately.

Amnesty has been working with the families and is launching a petition calling on Boris Johnson to publicly raise her case (www.amnesty.org.uk/iran)

For more on Iran and human rights, see: www.amnesty.org/en/countries/middle-east-and-north-africa/iran/