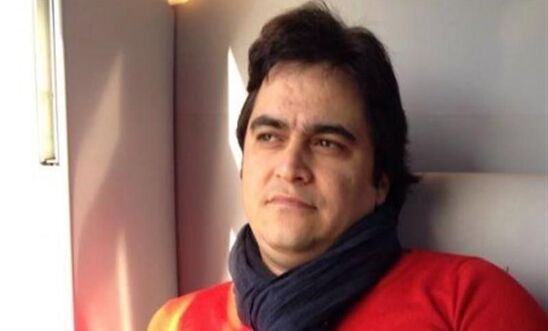 ‘We are shocked and horrified’ - Diana Eltahawy

“We are shocked and horrified to learn that the Iranian authorities executed dissident journalist Rouhollah Zam at dawn today.

“His execution is a deadly blow to freedom of expression in Iran and shows the extent of the Iranian authorities’ brutal tactics to instil fear and deter dissent.

“The authorities rushed to execute Rouhollah Zam in what we believe was a reprehensible bid to avoid an international campaign to save his life.

“We call on the international community - including member states of the UN Human Rights Council and the EU - to take immediate action to pressure the Iranian authorities to halt their escalating use of the death penalty as a weapon of political repression.”

Rouhallah Zam’s family last visited him in prison on Friday and reported that the prison and judicial authorities had not informed either them or the journalist himself of the scheduled execution.

Rouhollah Zam, who escaped Iran following 2009’s post-election protests and had been granted asylum in France, was abducted by Iran’s Revolutionary Guards during a visit to Iraq last year, with his apprehension apparently also involving Iraqi intelligence. Ram was then forcibly returned to Iran. According to a letter by his father to the head of the judiciary in Iran, Ram was held without contact with his family or lawyers for nine months. His father said his son was only allowed to meet his court-appointed lawyer in the presence of security officials.

Zam was sentenced to death by Branch 15 of the Revolutionary Court in Tehran in June this year following a grossly unfair trial for “spreading corruption on earth” in connection with his popular news channel - AmadNews - that he ran on the messaging app Telegram. The channel, which had more than a million followers, shared videos of protests and information about the alleged involvement of various authority figures in corruption. The authorities claimed both publicly and in court documents that his media work involved “espionage” for Israel and France, “cooperation with the hostile state of the United States”, “crimes against national security” and “spreading propaganda against the system.” In July, shortly after his death sentence, state TV in Iran aired a propaganda programme which showed Zam “confessing” to his “crimes”.