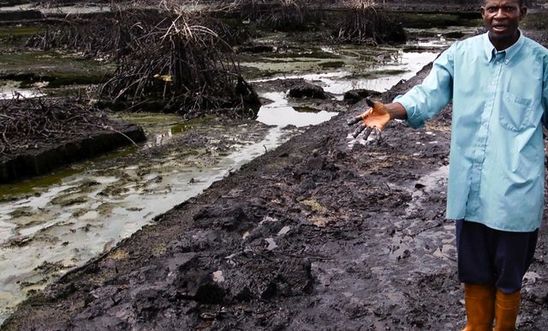 Shell’s failure to maintain and protect pipelines may leave it liable to a raft of compensation claims from dozens of Niger Delta communities, said Amnesty International today as London law firm Leigh Day announced two more lawsuits against the company.

The latest cases were filed today on behalf of two communities in the Niger Delta who have been affected by oil pollution, Bille and Ogale.

In its investor briefing, Shell’s growing liabilities in the Niger Delta: Lessons from the Bodo court case, Amnesty International warns Shell’s investors that failures in the way the oil giant inspects and reports on oil spills could mask the scale of potential financial liability arising for the company.

Court documents also revealed that internal emails and reports showed that senior Shell employees had expressed concern as far back as in 2001 of the need to replace oil pipelines in the Niger Delta, describing some sections as containing “major risk and hazard”.

“Shell has an appalling record of obfuscation and misinformation with regard to its dealings in the Niger Delta. Our briefing reveals just how irresponsible Shell has been in its operations in the region.

“It’s disgraceful that Shell has to be dragged to the courts to address these issues. Surely time, money and the health, livelihoods and emotional anguish of the affected communities could have been spared had Shell simply accepted responsibility and cleaned up the oil spills quickly and thoroughly.

“We hope that the Bodo case and this new lawsuit will spur Shell on to accept its responsibilities by cleaning up the oil spills and compensating those in the Niger Delta whose lives have been devastated by them.”

Ogale is still affected by oil pollution from a spill that occurred in 2009, according to a report issued by Amnesty in November 2015. When Amnesty researchers visited the site last summer (2015) they saw farmland and swamp heavily polluted, with black patches covering the ground, and a strong smell of oil. Shell has failed to properly clean up the area, despite the fact that the United Nations Environment Programme (UNEP) reported heavy pollution there – including high groundwater contamination – in its landmark 2011 report.

In January 2015, approximately 15,600 Bodo farmers and fishermen were to receive around £2000 each as part of Shell’s £55m pay-out for pollution caused by oil spills in 2008 and 2009, which devastated the environment surrounding the community of Bodo, in Gokana Local Government Area, Rivers State, Nigeria.

Last January’s compensation package was the result of a three-year legal battle between Shell and the Bodo community, represented by Leigh Day.