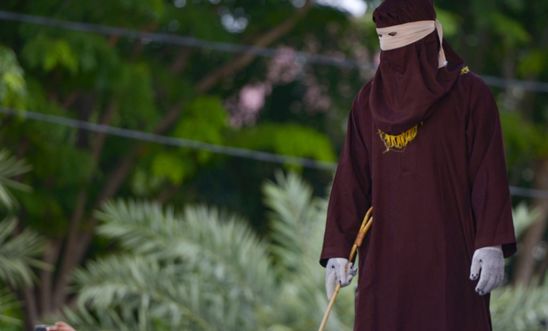 Responding to reports that a woman and a man lost consciousness as they were whipped during separate public punishments by authorities in Aceh, Indonesia today, Usman Hamid, Amnesty International Indonesia’s Executive Director, said:

“The fact that two people were beaten unconscious today, in two separate incidents, is a damning indictment of the authorities who let his happen on their watch. These punishments are cruel, inhumane and degrading, and amount to torture.

“These whippings are a shameful and vicious public spectacle. No-one deserves to face this unspeakable cruelty. The authorities must immediately repeal the law which imposes these punishments, and bring them in line with international standards.”

In East Aceh, a man was beaten unconscious and required resuscitation while authorities executed a punishment of 100 lashings for extra marital sex. He was taken to hospital after the punishment was complete. His co-defendants, another man and a woman, were given the same punishment.

In a separate incident in Aceh Tamiang, local media reported that a woman sentenced to 30 lashes fell unconscious while the punishment was being carried out. Her punishment may be resumed at a later date, when she is considered healthy enough to be beaten again.

In Aceh, canings are regularly carried out in public spaces drawing large crowds where people take photographs and video, which can add to the humiliation and long-term suffering of those who are subjected to this cruel punishment.

The Aceh Islamic Criminal Code was passed by the Aceh parliament (DPRA) in 2014 and came into effect throughout Aceh Province on 23 October 2015. Shari’a bylaws have been in force in Aceh since the enactment of the province’s Special Autonomy Law in 2001, and are enforced by Islamic courts. These laws in some cases include punishments of up to 200 lashes.

Punishable offences include consensual intimacy or sexual activity for unmarried couples, consensual sex outside marriage, same-sex sexual relations, the consumption and sale of alcohol, and gambling. Under international human rights law all forms of corporal punishment are prohibited – they violate the absolute prohibition of torture and other cruel, inhuman or degrading punishment and often torture.