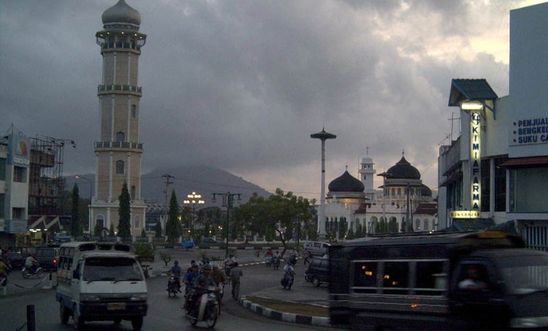 Responding to the sentencing of two gay men to 85 lashes each for consensual same-sex sexual relations, Amnesty International’s Deputy Director for Southeast Asia and the Pacific, Josef Benedict, said:

“The Aceh authorities must immediately revoke the conviction and the caning sentences and end the use of this punishment, which constitutes cruel, inhuman and degrading punishment and may amount to torture.

“These men were subjects of an ambush by their neighbours who stormed into their home, filmed them and handed them over to the Shari’a police. Every human being has a right to privacy, a right to enter into consensual relations, and a right to physical protection.”

The Aceh Islamic Criminal Code was passed by the Aceh parliament  in 2014 and came into effect throughout Aceh Province on 23 October 2015. Shari’a bylaws have been in force in Aceh since the enactment of the province’s Special Autonomy Law in 2001, and are enforced by Islamic courts. These laws in some cases provide for up to 200 lashes as punishment. Punishable offences include consensual intimacy or sexual activity for unmarried couples, consensual sex outside marriage, same-sex sexual relations, the consumption and sale of alcohol, and gambling. Under international human rights law all forms of corporal punishment are prohibited – they constitute cruel, inhuman or degrading punishment and often torture.

In Aceh, canings are regularly carried out in public spaces drawing large crowds where people take photographs and video, which can add to the humiliation and long-term suffering of those who are subjected to this cruel punishment.