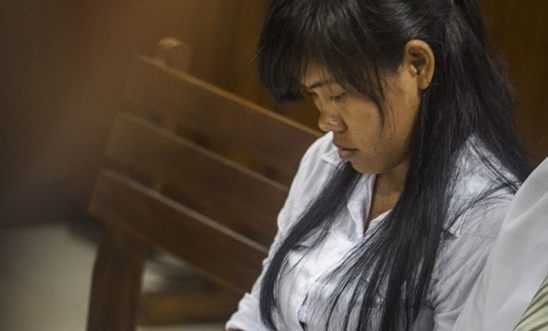 Death row prisoners in Indonesia are routinely denied access to lawyers and are coerced into “confessions” through severe beatings, while foreign nationals facing the death penalty have to deal with a judicial system they hardly understand, Amnesty International said in a new report today.

Despite strong signs that Indonesia had moved away from the death penalty in recent years, the government of President Widodo - which took office in October 2014 - has scaled up executions significantly.

The 72-page report, Flawed Justice, exposes how under his administration 14 executions have been carried out, while the lives of scores more prisoners on death row are at risk.

Of the 14 people who have been sent before the firing squad in 2015, 12 were foreigners and all were convicted on drugs charges. The government has vowed to use the death penalty to tackle a national “drugs emergency”, despite there being no evidence that the threat of execution is any more of a deterrent to crime than a prison sentence. President Widodo has also said he will reject all clemency petitions of death row prisoners on drug charges.

“Indonesia’s callous U-turn on executions has already led to the death of fourteen people, despite clear evidence of flagrant fair trial violations.

“The death penalty is always a human rights violation, but the numerous and serious issues with regards to how it is being applied in Indonesia makes its use all the more tragic.

“President Joko Widodo has promised to improve human rights in Indonesia, but putting more than a dozen people before a firing squad shows how hollow these commitments are.”

Amnesty’s investigation focuses on 12 individual death row cases and reveals emblematic flaws in the Indonesian justice system, which raises serious questions about the country’s use of the death penalty.

In half of the cases, death row prisoners claimed that they had been coerced into “confessing” to their crimes, including through severe beatings by police officers. Many claim to have been tortured or ill-treated, yet Indonesian authorities have never followed up to investigate these allegations.

A Pakistani national, Zulfiqar Ali, claims that police kept him in a house for three days after his arrest, where he was kicked, punched and threatened with death until he eventually signed a “confession”. The beating left him in such a bad state that he had to have kidney and stomach surgery.

Despite Zulfiqar Ali detailing the torture he had endured during his trial, the judge allowed his “confession” to be used as evidence and there was no independent investigation conducted into his allegations.

Amnesty’s findings echo those of other national and international human rights organisations, who have found evidence of systematic and widespread torture or other ill-treatment by the Indonesian police, carried out with impunity.

Indonesian death row prisoners are routinely denied access to lawyers, despite this right being guaranteed in both Indonesian and international law.

Many of the prisoners mentioned in the report and charged with capital crimes are forced to wait several weeks or even months before seeing a lawyer, seriously undermining their ability to make their case in court.

There are also serious doubts about the quality of legal representation afforded to those facing drugs charges. In one recent case, the only advice a defendant received from his lawyer was to answer “Yes” to any questions from the investigator. In another case a death sentence was handed down due to a request by the defendant’s own lawyer, to the judges.

In none of the 12 cases examined in the report were prisoners brought before a judge immediately after arrest as required by international law and standards – most had to wait several months before this happened.

Twelve out of the 14 people executed in Indonesian in 2015 were foreign nationals, and at least 35 other foreigners are currently on death row in the country.

Amnesty’s findings show that in numerous instances Indonesia violates the rights of foreign death row prisoners by denying them interpretation during or before trial, making them sign documents in a language they don’t understand, or refusing access to consular services.

This year in violation of international law, Indonesia put to death a man suffering from a severe mental disability. Brazilian Rodrigo Gularte had been diagnosed with paranoid schizophrenia.

Given the serious flaws in Indonesia’s justice system, Amnesty urges the authorities to immediately establish an independent body to review all cases where people have been sentenced to death, with a view to commuting the death sentences.

Indonesia must also reform its Criminal Code to match international standards and ensure that all prisoners’ right to a fair trial is respected.