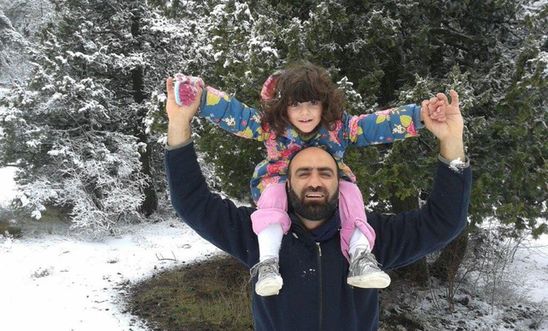 Ahmed H with his daughter © Private

Following a decision by a Hungarian appeal court today to uphold the conviction of Ahmed H, a Syrian man sentenced to prison last November for “complicity in act of terror” during clashes with border guards at the Serbia-Hungary border in September 2015, Eda Seyhan, Amnesty International’s Counter Terrorism Campaigner, said:

“After three years behind bars, this judgement comes as a devastating blow for Ahmed, his wife and his two young daughters.

“Ahmed’s absurd conviction has nothing to do with justice but instead plays into the hands of the Hungarian authorities’ demonisation of refugees, migrants and those seeking to protect them.

“By blatantly misusing terrorism-related provisions and riding roughshod over the law, this verdict exemplifies the erosion of the rule of law and human rights protections in Hungary.”

The court today upheld the terrorism charge but reduced the jail sentence from seven years to five years.