Hong Kong: re-imposition of ban on face masks during coronavirus pandemic is 'absurd' 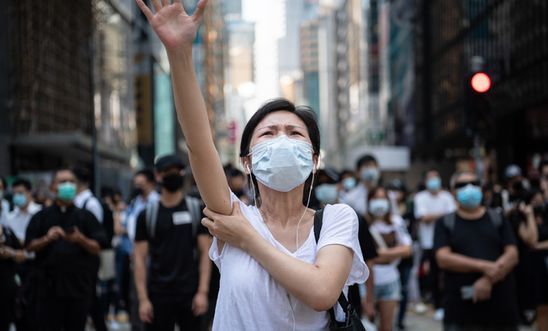 ‘The idea of maintaining this ban is absurd, not to mention a potential threat to public health’ - Man-Kei Tam

“At a time when the vast majority of Hong Kongers wear masks to prevent the spread of COVID-19, the idea of maintaining this ban is absurd, not to mention a potential threat to public health.

“Today’s ruling also revives the Emergency Regulations Ordinance, which essentially provides a blank cheque for the Government to restrict human rights without any conditions or safeguards.

“The Hong Kong authorities should not use emergency rules as a smokescreen for further tightening restrictions on freedom of expression, whether in times of social unrest or COVID-19. All emergency measures should be with a legitimate aim, with necessary and proportionate restrictions and subject to a time limit.”

Today’s court ruling partially overturns an earlier ruling that Hong Kong’s Emergency Regulations Ordinance and mask ban were unconstitutional, following an appeal by the Hong Kong Government. The court ruled that it is constitutional for police to enforce the mask ban for unauthorised protests.

According to Hong Kong’s Public Order Ordinance, those wishing to organise a protest are required to obtain “a notice of no objection” from the police before an assembly may proceed. The UN Human Rights Committee has expressed concern that the application of the ordinance can facilitate excessive restrictions contrary to Hong Kong’s obligations to respect and protect the rights to freedom of expression, association and peaceful assembly.

The court also ruled today that the Hong Kong Government has the power to issue emergency regulations on the grounds of public danger. Last October, the Government announced a sweeping ban on full or partial face-coverings at protests. The mask ban was fast-tracked using the Emergency Regulations Ordinance. In November, Amnesty Hong Kong expressed concerns over the ordinance and the mask ban in its submission to the Hong Kong legislature.