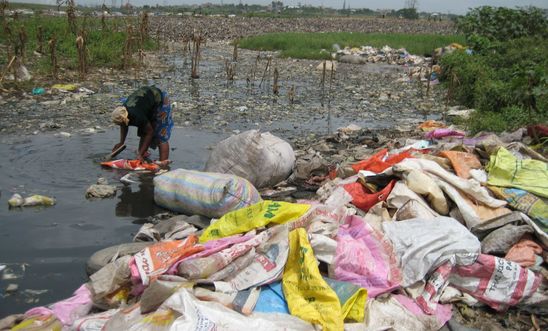 ·        Lack of tools and resources blamed for inaction

In a startling admission, the UK authorities have informed Amnesty International that they do not have the tools, resources or expertise to investigate whether  multinational commodities giant Trafigura conspired to dump toxic waste in the Ivory Coast.

The statement came after Amnesty presented a legal brief and 5,000 page dossier to the UK authorities containing a raft of evidence that Trafigura’s London-based staff may have intentionally orchestrated the dumping of the waste in the Ivory Coast’s capital Abidjan in August 2006.

“The fact that the UK authorities do not have the tools, expertise or resources to investigate the case is truly shocking. This is tantamount to giving multinational companies carte blanche to commit corporate crimes abroad.

“The toxic waste dumping was a catastrophe for the citizens of Abidjan. The UK’s failure to act is a further disaster for justice and accountability. The government has to prove that it is not running scared of corporate giants.

“When we asked the UK if it was going to look into the case, three government bodies treated the evidence like it was toxic, passing the buck when asked to do their job and investigate one of the biggest corporate-created catastrophes of the 21st century so far.

“Given the central role played by a UK company in this disaster, the indifferent response from UK authorities is shocking.

“As multinationals become more powerful, it becomes ever more important that governments hold them to account when they are implicated in serious crime abroad, whether human rights-related or otherwise. The UK justice system is instead woefully under-equipped to tackle this type of crime.

“David Cameron has pledged to fight corruption, but his narrow focus on economic crimes is missing the point. Companies in the UK should not be able to get away with any serious crime in their global operations. It’s time for the UK to institute a justice system fit for the age of multinationals.”

Correspondence made public by Amnesty today reveals how three of the UK’s law enforcement bodies, Metropolitan Police, the Crown Prosecution Service and the Environment Agency, repeatedly attempted to pass off responsibility for the issue.

Amnesty has also made public today its legal brief and dossier of evidence against Trafigura, compiled over five years. It contains damning internal emails between Trafigura staff involved in the toxic dumping and gives the UK authorities clear grounds to investigate whether they conspired to dump the waste in breach of the UK Criminal Law Act 1977.

Put together by Amnesty’s legal team with the advice of external counsel, the case was presented to the Metropolitan Police, the Crown Prosecution Service and the Environment Agency in March 2014.

While the Metropolitan Police did not respond, the Crown Prosecution Service passed the legal brief on to the Environment Agency, the body charged with investigating environmental crime.

After months of deliberation and prevarication, it took the threat of judicial review proceedings before the Environment Agency finally agreed to look into the case.

However, on 17 March this year, it decided not to investigate despite acknowledging that if Amnesty’s allegations were true “a serious offence was committed”. In its decision the Environment Agency admitted that it lacked the resources and expertise to investigate and took into account Trafigura’s ability to block that investigation:

“[The Agency] is not set up to undertake lengthy and complex investigations involving these areas … Trafigura will take any and every available procedural opportunity to challenge steps taken in a further investigation … The Agency has limited experience in conducting complex significant investigations, especially where the vast majority of the evidence would appear to be abroad … [It] would not have the appropriately skilled and experienced staff to undertake such an investigation.”

The Environment Agency also pointed out that its ability to enforce the law was weakened by austerity measures:

“recent financial cuts …has had an impact on its regulatory capabilities…The Agency has enforcement priorities (including waste crime) which have, of necessity, become increasingly more sophisticated over time as it has had to manage competing demands with limited resources.”

A briefing published by Amnesty today reveals significant gaps in the UK’s system for tackling corporate crime. It warns that the Trafigura case is not a one-off, highlighting a series of cases in which powerful UK multinationals have been implicated in serious human rights-related abuses abroad that may violate UK criminal law.

These cases involve potential crimes such as violating sanctions, complicity in torture and deaths in Burma, Colombia, Tanzania, Peru and the Democratic Republic of Congo. But in each instance it has been the victims or NGOs that have taken action to seek justice, rather than the UK authorities proactively investigating.

Amnesty  is calling for:

·        Stronger legislation to hold UK companies directly accountable for serious crimes committed in the context of their global operations unless they can prove efforts to prevent them, akin to foreign bribery rules under the 2010 UK Bribery Act.

On 25 September 2012, Amnesty and Greenpeace published The Toxic Truth, a report which evidenced how various directors and employees of Trafigura in the UK were responsible for the operations that led to hazardous waste being dumped at some 18 locations around Abidjan, including at a city dump near a poor residential neighbourhood.

The report called on the UK to begin a criminal investigation into Trafigura’s role in the dumping as the UK arm of the Trafigura corporate group took many key decisions that led to the August 2006 disaster, including arranging for a local company to dispose of the waste in Abidjan.

Trafigura has never been properly held to account for its role in the actual dumping of the waste. In 2007, it reached a settlement with the government of the Ivory Coast granting Trafigura immunity from prosecution. In a civil claim in the UK, brought on behalf of some of the victims, Trafigura reached another out-of-court settlement. A Dutch court found the company guilty of illegally exporting the waste from the Netherlands but authorities decided not to prosecute Trafigura for the dumping. When Greenpeace brought a legal complaint against this decision, the Dutch court stated that it would not be feasible or expedient to investigate the alleged acts in the Ivory Coast.

Trafigura denies responsibility for the toxic waste dumping and maintains that it believed the local company would dispose of the waste safely and lawfully.