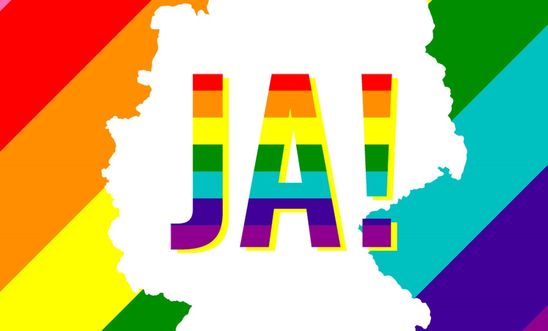 Following news that MPs in Germany have voted in favour of marriage equality, granting all couples - regardless of their gender or sexual orientation - full rights, including adoption, in Germany, John Dalhuisen, Amnesty International’s Europe Director, said:

“The passing of this law is a victory for equality and a testament to the commitment of activists in Germany who have fought long and hard to achieve equality in who has access to marriage.

“This long-overdue decision to remove a deeply discriminatory barrier means that marriage - and the rights that come with it - will finally be open to all couples in Germany.

"By adopting this law, Germany has become the 23rd country to recognise same-sex marriage, and has sent a clear message to the world that gay and lesbian people should be entitled to the same rights as everyone else, and to full and equal protection of the law.

“We encourage Germany to continue to protect and fulfil the rights of LGBTI people. This should include making legal gender recognition accessible to trans people and ending non-emergency, invasive and irreversible surgery on intersex children.”