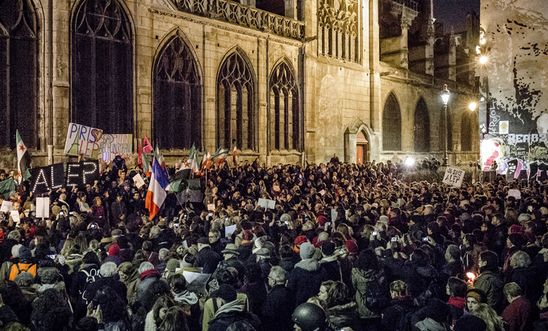 “These arrest warrants for three senior officials, including a top adviser to President Bashar al-Assad, are an important step towards delivering justice for the countless victims of gross human rights violations carried out by the Syrian government.

“With war crimes and crimes against humanity continuing to go unpunished in Syria, it is vital that all states cooperate to ensure justice for victims. This includes enforcing universal and other forms of jurisdiction to investigate and prosecute, in their own courts, suspected perpetrators of atrocities.

“The international community should follow France’s lead by taking steps, wherever possible, to end impunity in the Syria conflict and hold all parties to account.”

The wanted Syrian officials have been named as Ali Mamlouk, Director of the National Security Bureau; Jamil Hassan, Head of Airforce Intelligence, who is already the subject of a German arrest warrant; and Abdel Salam Mahmoud, Head of the Air Force Intelligence Investigative Branch at Mezzeh Military Airport.

The arrest warrants were issued following a case filed in France in 2016 by Obeida Dabbagh, whose brother and nephew - Mazen and Patrick Abdelkader Dabbagh, dual Syrian-French nationals - were arrested and forcibly disappeared by Syrian Airforce Intelligence in Damascus in November 2013.

In July this year, the Dabbagh family obtained documents from the Syrian government indicating that Mazen and Patrick had died in November 2017 and January 2014 respectively.

More than 80,000 people have been subjected to enforced disappearance by the Syrian government since the start of the conflict.