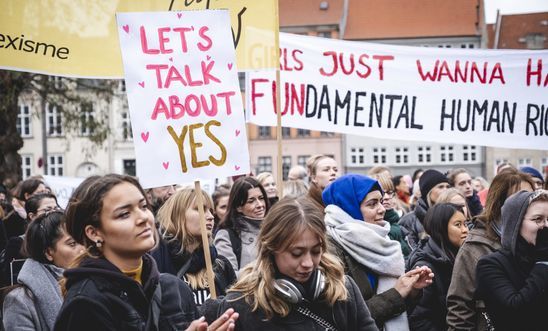 Following the publication today of a new Council of Europe report which finds that Finland is failing survivors of rape, Amnesty International’s women’s rights researcher in Europe, Anna Blus said:

“In many ways, Finland is a model country for gender equality, but its antiquated rape laws are badly failing women. The definition of rape in Finnish law, which is based on physical violence and incapacity, is outdated and discourages survivors from coming forward. Survivors of sexual violence deserve laws that protect them and avenues to get justice, and to have their human rights respected throughout the process.

“Finland currently holds the Presidency of the Council of the European Union. This provides the government with a golden opportunity to amend its laws and lead the way for other EU countries. It’s simple: sex without consent is rape.

“While Amnesty welcomes this initiative, it is imperative that the changes respond to the needs of the victims whose pleas for justice are not being heard. Only in this way can their rights be fully protected.”

The new report has been written by the Group of Experts on Action against Violence against Women and Domestic Violence (GREVIO), which monitors the implementation of the Council of Europe’s Istanbul Convention on preventing and combating violence against women.

Under this human rights treaty, rape and all other non-consensual acts of a sexual nature must be classified as criminal offences. However, the law in Finland still does not define rape on the basis of a lack of consent. Instead, the Finnish legal definition of rape is based on whether physical violence, or the threat of violence is involved or if the victim is found to have been unable to resist due to, for example, sleep or heavy intoxication.

The Finnish Ministry of Justice has recently established a working group to reform the Criminal Code on sexual offences. The working group is expected to present their recommendation by the end of May 2020.

Every year, around 50,000 women in Finland experience sexual violence, including rape. Most of those responsible for these crimes are never brought to justice. In 2017, only 209 convictions were secured for rape.

In a report published in April 2019, Amnesty alerted of high levels of impunity for sexual violence in Finland and the state’s failures to respond to sex crimes. Survivors described to Amnesty how the lack of understanding of the needs and different responses of women who experience sexual violence reflected deeply entrenched myths about rape and female sexuality that impact directly on survivors’ access to justice.

Only nine out of 31 European countries (in the European Economic Area) have laws that define sex without consent as rape. Amnesty is calling on all European governments to strengthen their rape laws and ensure the provision of appropriate sexuality education and other measures to prevent rape and other sexual violence and challenge rape myths that hamper access to justice for survivors through awareness-raising, and training of police and prosecutors.