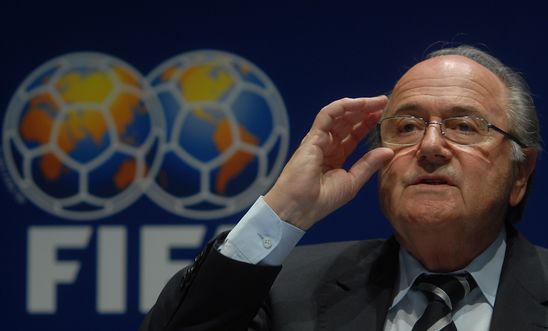 Responding to the result of the FIFA presidential election today, in which Sepp Blatter has won a fifth term in office, Transparency International Germany’s Sylvia Schenk said on behalf of the Sport and Rights Alliance (SRA):

"This election is a key opportunity for FIFA to turn over a new leaf in regard to human rights and corruption. FIFA has long been dogged by corruption scandals and other controversies, including migrant worker abuse linked to the 2022 World Cup in Qatar. While the arrests of top FIFA officials in Zurich this week might force the organisation into finally dealing properly and effectively with alleged endemic corruption, it has yet to demonstrate any real commitment to ensuring mega events such as Qatar 2022 are not built on a foundation of exploitation and abuse.

"Sepp Blatter must make it his top priority to demand that the Qatari authorities immediately implement effective reforms to protect migrant worker rights in line with international standards, and that anti-corruption measures are introduced and monitored down to the last detail. In addition, he must ensure that any revised criteria for bidding for the World Cup must have human rights and transparency at the heart of all stages of the process, from initial bidding to delivery to evaluation and final reporting."

"FIFA must also work closely to these ends with its major corporate partners and others responsible for delivering all future World Cup tournaments."

The SRA is a coalition of leading NGOs, sports organisations and trade unions, which includes Amnesty International, Football Supporters Europe, Human Rights Watch, International Trade Union Confederation, Terre des Hommes and Transparency International Germany. It is calling on international sports governing bodies to ensure that human rights and transparency are at the heart of bidding processes for mega events like the World Cup and the Olympics.

In April, the SRA sent a questionnaire to candidates for the FIFA presidency asking them specific questions about their plans to tackle human rights and labour rights, as well as sustainability and corruption issues, once in office.

For more information about how each candidate responded see: https://www.amnesty.org.uk/press-releases/fifa-elections-only-one-candidate-makes-firm-pledge-tackle-human-rights-and?src=ilaw