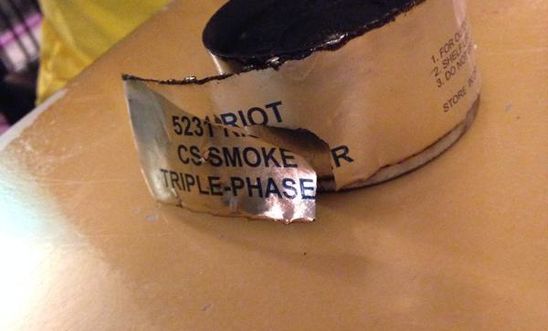 Amnesty International USA has a team of observers in Ferguson, Missouri who will be available for interview as of lunchtime today – Tuesday 25 November.

Reports from Amnesty’s team reveal that police officers raided a safe space, and Amnesty International observers were tear-gassed. Human rights observers were also aimed at, and hit with projectiles during the protests.

Some of the tweets from the Amnesty Ferguson team include:

Robyn Shepherd‏@AmnestyRobyn –
Gas in the "Safe Space" cafe in Shaw.

Robyn Shepherd @AmnestyRobyn
That's right, folks. We got gassed and shot at.  In our yellow shirts. In a safe space coffeehouse. Now all safe and headed back to hotel.

Earlier this year, Amnesty USA laid out its concerns about the protests in the report ‘On the Streets of America: Human Rights Abuses in Ferguson’. The report detailed observations on the ground including analysis of policing methods, such as the refusal to let people gather peacefully.