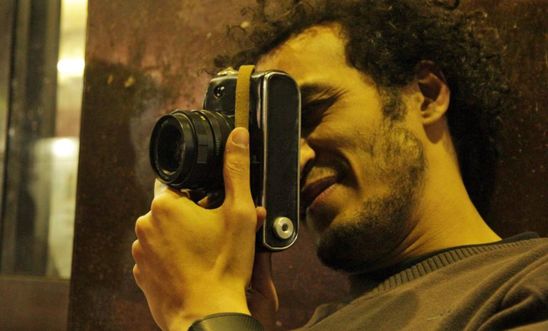 The mass trial verdict of 739 people, many facing the death penalty, following the military crackdown in Egypt will be handed down by a Cairo Criminal Court tomorrow.

Photojournalist Mahmoud Abu Zeid, better known by his nickname ‘Shawkan’, faces the death penalty for taking photographs during the notorious military crackdown at a Muslim Brotherhood-led protest in the Rabaa al-Adawiya and al-Nahda squares in Cairo on 14 August 2013.

“The idea that more than 700 people could all stand trial together in one day, all facing the death penalty in what is clearly a grossly unfair trial that violates Egypt’s own constitution, beggars belief.

“This can only be described as a parody of justice; it casts a dark shadow over the integrity of Egypt’s entire system of justice and makes a mockery of due process.

“Shawkan has now been detained without a court verdict for almost four years, twice the legal limit under Egyptian law. This is clearly punitive and aimed at silencing others who might take part in any form of journalism or activism that threatens the Egyptian authorities.”

Among the 739 defendants are members of the Muslim Brotherhood, now a banned group in Egypt, facing charges of participating in unauthorised protests and other charges ranging from murder, to “incitement to break the law”, “membership of an illegal group”, “illegal gathering”, and involvement in violence.

During the trial sessions, prosecutors failed to submit evidence establishing the individual responsibility of each of the 739 defendants, nor did the court insist on the need to establish such responsibility, rendering this a grossly unfair trial.

Amnesty is calling on the Egyptian authorities to release and drop the charges against all those arrested for protesting peacefully, and that defendants suspected of committing violent crimes must be tried in a fair trial without the possibility of the death penalty or released.

Shawkan, 30, has been charged with 24 offences, including murder, “illegal gathering” and other violence related charges.

He was working as a photojournalist covering the demonstration when he was arrested. The prosecution has not presented any evidence that he was guilty of murder or any other violence. Under international human rights law, Egypt has an obligation to uphold the right to freedom of peaceful assembly, a right also guaranteed in Egypt’s constitution, and the charge of “illegal gathering” should not be a criminal offence.