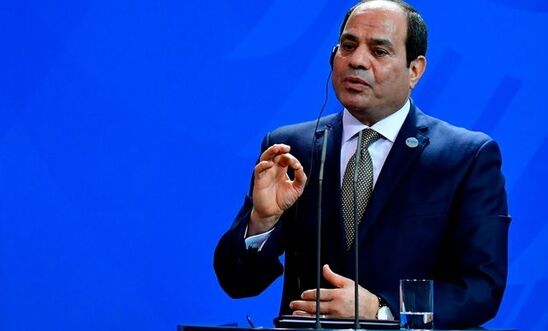 Egyptian security forces have used teargas, batons, birdshot and on at least one occasion live ammunition, and arrested hundreds of protesters and bystanders to disperse demonstrations that have taken place over the last two weeks, Amnesty International verified today.

People in several villages, towns and poor urban communities have taken to the streets against the Egyptian Government's policy of demolishing unregistered houses. Security forces responded with birdshot, tear gas and, in at least one instance, live rounds at protesters, leading to injures.

Sources told Amnesty that security forces killed two men, while hundreds were subjected to arbitrary arrests and enforced disappearances. between 571 and 735 individuals have been arrested - some as young as 11-years-old.  At least 496 individuals are currently in detention as a result of the crackdown, according to a coalition of human rights lawyers, pending investigations on flawed "terrorism" and protest related charges.

Amnesty interviewed eyewitnesses, lawyers and reviewed video evidence of the protests, which erupted across several poor rural and urban communities across the country in mid-September.

“The fact that these protesters took to the streets while knowing the very high risk to their lives and safety shows how desperate they were to demand their economic and social rights.

“We are also gravely concerned about the deployment of officers with rifles, which are generally unsuitable for policing protests and presents an undue risk to human life.

“Hundreds of people are now in detention, including many who were not even involved in the protests.

“We call on the authorities to urgently investigate the death of the two men and immediately and unconditionally release all those detained solely for exercising their rights to freedom of expression and peaceful assembly.”

Over the last two weeks in September, small and scattered protests have taken place in several villages, towns and poor urban communities in Egypt, where people took to the streets against the government's policy of demolishing unregistered houses and a law on reconciliation for unregistered houses.

Some protestors chanted against president Abdelfattah al-Sisi and protested the killing of one man in Luxor.

The cabinet's spokesman stated on 26 September that there had been protests in a village in Giza in relation to economic concerns.

Former army contractor Mohamed Ali had called for protests against president Abdelfatah al-Sisi on 20 September. Last year protesters had taken to the streets en masse on the same day but the authorities crushed the protests using force and arrested thousands.

Use of unnecessary force

According to information received by Amnesty, one man, Samy Beshir, was killed in al-Ayat, to the south of Cairo, on 25 September, after being shot by security forces. A medical source confirmed to German media that the man had died from injuries by birdshot, however security forces denied using birdshot to disperse this protest. Another man, Owais al-Rawi was killed on 30 September, after being shot at his home during a police raid according to sources.

Videos of seven protests that took place in Giza, Dumiyat, Minya, Qena and Luxor show that protests were mostly peaceful, though in some instances, protesters damaged and burned police cars or threw stones at security forces. Egyptian media reported that two policemen were wounded in al-Basateen, Cairo.

In a video filmed on 23 September in Kafr Qandil village, gunshots can be heard and two policemen are seen carrying guns. One carries a Kalashnikov, which only fires live rounds, and the other a shotgun which can fire non-lethal rounds. No protesters were seen with firearms.

In another video, dated 25 September, policemen are seen in Dumiyat attacking unarmed protesters with batons and shooting shotguns at them as they are running away.

In four verified videos, policemen are seen attacking protesters and firing birdshot from the top of armored vehicles at running protesters and tear gas on 30 September in Luxor, as protestors held a public funeral for Owais al-Rawi.

Several of those detained during and after protests had wounds from birdshot including in their backs.

Standard police shotguns can fire a variety of ammunition. Some varieties, like kinetic impact projectiles, are acceptable for use in very specific circumstances, but birdshot should never be used. A cartridge of birdshot contains dozens of bb sized (3mm diameter) balls, that cause distinctive, and potentially deadly injuries in a spray pattern. Birdshot wounds near vital organs in the face and torso are particularly dangerous.

According to international law enforcement standards, police may use force only when strictly necessary and proportionate, and only to the extent strictly required for the performance of their duty. Police must apply non-violent means before resorting to the use of force. If the use of force is unavoidable, they must use it with restraint and in proportion to the seriousness of the law enforcement objective.

Arbitrary arrests and torture in detention

Between 10 and 29 September, Egyptian police arrested between 571 and 735 individuals in 17 governorates, according to information collected by the Egyptian Commission for Rights and Freedoms, Defense and the Egyptian Front for Human Rights. Lawyers told Amnesty that those arrested are aged between 11 and 65 years old. Three women are among those arrested.

In the lead up to the one-year anniversary of anti-government protests on 20 September, police forces in Cairo stopped individuals walking in the streets, particularly in downtown Cairo, and ordered them to hand over their phones for police to search. Some of those stopped during these random searches were released after being detained and questioned by security forces over the content of their phones or personal lives.

One man who was stopped by policemen in downtown Cairo told Amnesty that when he refused to unlock his phone, they held him in a police car, insulted him, and threatened him with detention and prosecution, before letting him go. Others, including bystanders, were arrested from or near protests, and some people were arrested from their homes over comments they made on their social media accounts calling for protests or criticising the government's policies in relation to the demolition of houses.

According to lawyers and families, those arrested were taken to various police stations, Central Security Forces camps, and some were taken to locations controlled by the National Security Agency, a specialised police force. For periods between one and ten days, security forces denied having them in custody and did not allow them to communicate with the outside world.

Lawyers of defendants told Amnesty that some defendants reported to prosecutors being subjected to electric shocks, beaten, threatened with prolonged detention and insulted by security forces. This constitutes torture or other ill-treatment. Detainees were then taken to the Cairo headquarters of the Supreme State Security Prosecution (SSSP), a special branch of the Public Prosecution responsible for prosecuting cases of terrorism and national security.

At least 115 remain detained in undisclosed locations, according to information gathered by the Egyptian Commission for Rights and Freedoms. Lawyers told Amnesty that the security forces claimed to prosecutors that all arrests took place on 20 September, regardless of whether defendants were actually arrested before or after that date.

On 27 September, the Public Prosecution ordered the release of 68 detained children in relation to the recent "riots". According to information collected by Amnesty, only children under the age of 15 were released while older children continue to be detained.

The Public Prosecution announced continuing investigations in the case, but did not provide further information on the number of people detained or charges they are being investigated for.