Egypt: Politically motivated trial this weekend is part of escalating crackdown on critics 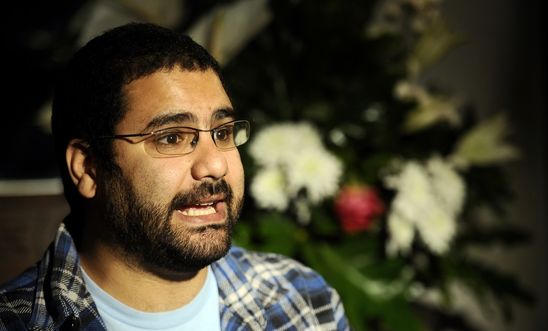 Three prominent activists are facing trial in an apparently politically motivated case based on unreliable witnesses evidence, Amnesty International said ahead of a court verdict due this Sunday. The organisation warned that the proceedings appeared to be part of “an escalating government campaign to silence critics”.

The criminal court in Giza, Greater Cairo, is expected to deliver a verdict in a case against 12 people accused of attacking and setting fire to the campaign headquarters of former presidential candidate, Ahmed Shafiq, on 28 May 2012. The 12 include three leading activists who have been critical of abuses committed by the security forces under successive Egyptian governments.

Two of the defendants are brother and sister and are well known for criticising human rights abuses committed by the security forces. Alaa Abdel Fattah is a well-known blogger and political activist who has been harassed by successive Egyptian governments. His sister Mona Seif is one of the founders of Egypt’s “No to Military Trials” movement.  A third defendant, Ahmed Abdallah of the ‘6 April Youth Movement’, has also spoken out against successive Egyptian governments.

“The Egyptian authorities must not use Sunday’s verdict to punish activists who oppose them. There are reasons to believe the trial is politically motivated. All three activists have denied they were present at the scene and evidence against them is questionable.

“The proceedings appear to be part of an escalating government campaign to silence critics, including supporters of the ousted president Mohamed Morsi and the affiliated Muslim Brotherhood, as well as secular activists.

“The three activists have been thorns in the sides of successive governments for their relentless criticism of the security forces, and for that they were pursued by both the generals and Mohamed Morsi while they were in power.

“The mere fact they are back in the dock following Mohamed Morsi’s removal is yet another ominous signal of the authorities’ determination to stamp out dissent and deter people from across the political spectrum from speaking out.”

All three activists played prominent roles in the uprising against Hosni Mubarak. They also opposed the candidacy of Ahmed Shafiq, who is regarded by many to be a remnant of the Mubarak regime.

In March the activists, along with nine others, were referred to trial on charges of arson, theft, damaging property, using violence and endangering “public safety” during an attack on the headquarters of Ahmed Shafiq in the run-up to the second round of presidential elections pitting him against Mohamed Morsi.

The prosecution relied heavily on alleged eyewitness testimony of the head of police investigations, casting doubt on its impartiality and credibility. The six other testimonies used to substantiate charges against the activists included testimony from people with criminal records or who are facing pending criminal investigations. As such, they are more susceptible to pressure and manipulation by the police and prosecuting authorities.

Only one prosecution witness appeared in court despite the defence’s request to cross-examine the other alleged eyewitnesses. This witness testified that he had seen Alaa Abdel Fattah near the scene of the crime, but acknowledged he had not seen him holding any weapons or committing violence. He admitted not recognising the other defendants.

Despite requests from the defence, no audiovisual or other material evidence linking the defendants to the crime was presented. Several defence witnesses provided alibis for the accused, testifying that they were not present near the Shafiq headquarters at the time it was attacked.

Alaa Abdel Fattah has been detained since 28 November 2013, charged with participating in an “unauthorised” protest in front of the Shura Council on 26 November. Amnesty believes he is a prisoner of conscience, detained solely for his peaceful exercise of his rights to freedom of expression and assembly. His sister, Mona Seif, was arrested and beaten during that protest, but released hours later without charge. The remaining defendants are at liberty pending the verdict.