Egypt: fears that leading opposition figure has been 'disappeared' after raid on home 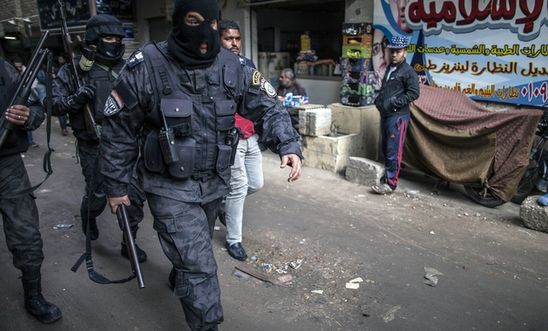 “Given the track record of the Egyptian authorities and their continued use of enforced disappearances to stifle dissent, we are deeply concerned that Mohamed al-Kassas might have been forcibly disappeared and subjected to torture.

“The authorities must disclose any information they have about the whereabouts of Mohamed al-Kassas and release him immediately if he is in state custody.

“This enforced disappearance of a senior member from a prominent opposition party is a brazen attack on the rights to freedom of expression and association in Egypt.

“Enforced disappearance has become a routine practice by the al-Sisi administration to silence activists and opposition groups.”

This is the third enforced disappearance in Egypt confirmed by Amnesty this week. On Monday, journalist Mustafa al-Assar and his roommate - activist Hassan al-Banna Mubarak - were last seen on their way to work in Giza. Their current fate and whereabouts remains unknown.  A month ago, the National Security Agency of the Ministry of Interior summoned al-Assar’s brother and questioned him about his whereabouts and activities.

Despite numerous complaints by family members and lawyers, the Egyptian authorities have refused to reveal the whereabouts of those disappeared.

In January, former Armed Forces Chief of Staff, Sami Anan, was arrested after declaring his intentions to run in the upcoming presidential election.