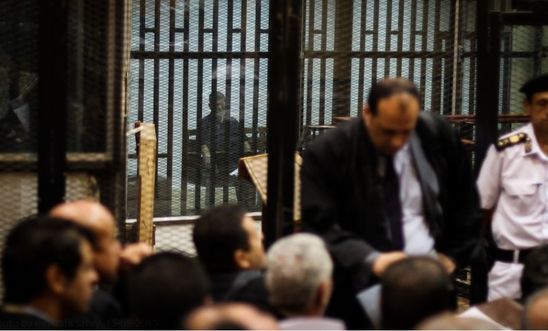 "The news of Mohamed Morsi’s death in court today is deeply shocking and raises serious questions about his treatment in custody.

"The Egyptian authorities had the responsibility to ensure that, as a detainee, Morsi had access to proper medical care.

"The authorities have an appalling track record of detaining prisoners in prolonged solitary confinement and in dire conditions as well as subjecting prisoners to torture and other ill-treatment.

“This makes it all the more crucial for the authorities to carry out an investigation to determine whether any such ill-treatment was a contributing factor to Mohamed Morsi’s death, and ensuring that those responsible for the violation of his rights are held accountable."

Mohamed Morsi was subjected to enforced disappearance for months after his detention before first appearing in front of a judge on 4 November 2013. He was held in solitary confinement for almost six years, placing a considerable strain on his mental and physical wellbeing and violating the absolute prohibition against torture and other ill-treatment under international law. During this six-year period, he was effectively cut off from the outside world - he was allowed only three family visits and was prevented from access to his lawyers or a doctor.

According to his, family Mohamed Morsi had diabetes and fainted twice during his detention. His family reported that he has not been afforded proper medical treatment. Because of the restrictions over Mohamed Morsi's ability to communicate with the outside world, little is known about his exact conditions of detention.

Amnesty has previously found that in six cases of solitary confinement the treatment amounted to torture.

Amnesty is calling on the Egyptian authorities to immediately order an impartial, thorough and transparent investigation into the circumstances of Morsi's death, his detention conditions and his ability to access medical care.