Egypt: 22 more arrests in biggest crackdown on LGBTI community for a decade-and-a-half 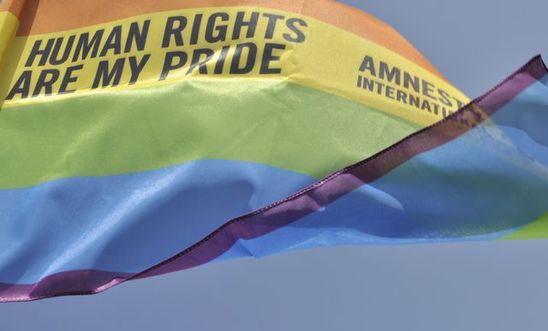 33 now in custody, with arrests in Cairo, Giza and Damietta

The Egyptian authorities have arrested 22 people over the past three days, stepping up a campaign of persecution against LGBTI people in the country which began after a rainbow flag was displayed at a Mashrou’ Leila concert in Cairo, Amnesty International said today.

According to the Egyptian Initiative for Personal Rights, at least ten people were arrested between last Thursday and Saturday, and put on trial yesterday, alongside another six who were arrested earlier in the week.

Meanwhile, yesterday a man was detained in the Mediterranean port city of Damietta in relation to the rainbow flag incident. Six further people were also detained in Cairo in the last 48 hours for promoting “habitual debauchery” through online dating applications, and four further arrests occurred in Giza, also in the last 48 hours. The authorities have also detained a woman suspected of raising the rainbow flag at the concert. She has been charged with “promoting sexual deviancy” and “habitual debauchery” in the first such incident involving a woman in Egypt in years.

On 23 September, a day after the Mashrou’ Leila concert in Cairo, a 19-year-old man was arrested on charges of “debauchery”. Last week he was sentenced to six years in prison, followed by six years’ probation. Two other men who were arrested last week are currently detained in Agouza police station in Cairo and are due to stand trial on 11 October. Another two men were arrested on 28 September and are detained in Dokki police station in Cairo.

"This is the worst crackdown against people based on their perceived sexual orientation since the mass arrests of 52 people following a raid on the Queen Boat, a floating nightclub on the Nile, in 2001.

"The scale of the latest arrests highlights how dangerously entrenched homophobia is within the country.

"The Egyptian authorities’ announcement that they are investigating the rainbow flag incident as a criminal act is utterly absurd.

"No one should be punished for expressing solidarity with LGBTI individuals or based on their perceived sexual orientation.

"The authorities must urgently halt this ruthless crackdown and release all those arrested immediately and unconditionally."