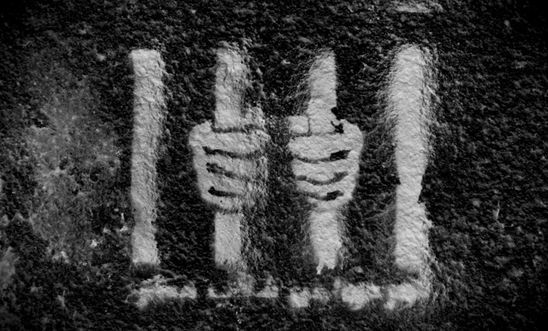 Moustafa Gamal, held over satirical Sisi song, among those detained without trial for more than two years

Amnesty International has called on the Egyptian authorities to overturn recent decisions by “terrorism circuit” judges to extend the pre-trial detention of more than 1,600 detainees, many of whom are prisoners of conscience.

Amnesty has also called on the Egyptian authorities to immediately and unconditionally release all those detained for peacefully exercising their rights.

The pre-trial detention extensions were issued earlier this week (4-6 May) at the Cairo Criminal Court, without the presence of any of the defendants in court, while their lawyers were prevented from representing them. The 1,600 defendants have been held in prolonged pre-trial detention - in some cases for more than two years - pending investigation by the country’s Supreme State Security Prosecution.

The mass court orders came after a 28 April decision by the Cairo Appeals Court ruling that courts could order detention extensions without the presence of defendants in courts. According to lawyers, one judge refused to hear concerns over the illegality of the decisions or even note these concerns in court documents. During one of the hearings, the judge asked lawyers to nominate five among themselves to represent hundreds of defendants.

On 3 May, “terrorism circuit” judges resumed detention extension hearings after they were halted on 16 March due to fears over the COVID-19 pandemic. Since mid-March, defendants in Supreme State Security Prosecution cases whose pre-trial detention orders had expired have been held without a legal basis. This week, “terrorism circuits” have issued retroactive decisions in a bid to legalise that period of pre-trial detention.

“These measures represent a disproportionate response to the COVID-19 pandemic and undermine the right to liberty and fair trial.

“At a time where there are genuine concerns about the health and safety of prisoners amid the spread of COVID-19, the Egyptian authorities should be releasing those arbitrarily detained and consider releasing those at high risk detained in relation to minor non-violent offences. Instead the Egyptian authorities have chosen to add a façade of legality to what is clearly a case of mass summary detention decisions.”

Yesterday (6 May), a judge extended the detention of 25-year-old Moustafa Gamal for 45 days, despite his having been in pre-trial detention since March 2018, well over the supposed two-year limit. He has been detained solely because in 2015 he obtained a verification mark for the social media page of singer Ramy Essam, where a song titled “Balha”, satirising Egyptian President Abdelfatah al-Sisi, was published three years later. Moustafa Gamal played no part in the song’s actual production.

Gamal is the last person still detained pending investigation into a case related to the song following the recent death of 24-year-old filmmaker Shady Habash in Liman Tora prison. Habash had been since held March 2018 pending an investigation into his role in the song’s production. Habash’s detention also exceeded the legal limit of two years at the time of his death. Amnesty has previously found that the song does not include any incitement to hatred and should be protected under the right to freedom of expression.

Amnesty has previously found that the Egyptian authorities have been routinely using prolonged and indefinite pre-trial detention to punish those perceived as political opponents, activists or human rights defenders.

Under international law, detention pending trial is a preventive measure aimed at averting further harm or obstruction of justice, rather than a punishment. It must not be used for improper purposes or constitute an abuse of power, and must not last any longer than is necessary. Concerns about public health due to the COVID-19 pandemic cannot justify the excessive erosion of fair trial rights.