Decision not to jail Stansted 15 'a relief, but not enough' 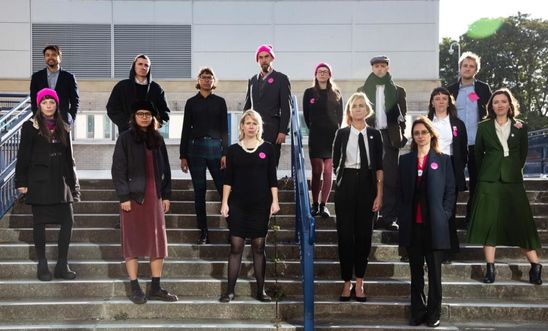 Amnesty International expressed its relief that the Stansted 15 will not have to spend time in jail, but reiterated its condemnation of the decision to charge these protesters under terrorism-related legislation and the impact that could have for the right to protest in the UK.

Their actions - which at no point harmed anyone - prevented the flight from leaving. Of the 60 individuals due to have been deported, at least two have since been granted permission to remain in the UK, with others still pursuing their claims.

Ahead of the trial, which began at Chelmsford Crown Court last year, Amnesty wrote to the Director of the Crown Prosecution Service and the Attorney General calling for the “endangering safety at aerodromes” charge to be dropped, expressing concern that it was excessive, and may even have been brought to discourage other activists from taking non-violent direct action in defence of human rights. Amnesty attended the trial proceedings daily.

“The decision not to jail these brave human rights defenders is a relief, but not enough. They should never have faced this very serious terrorism-related charge in the first place.

“They remain convicted of an offence which simply doesn’t fit their actions and this trial could have a dangerous chilling effect on peaceful protest in this country.

“We hope the court of appeal will swiftly put an end to the distressing ordeal that the Stansted 15 have faced for nearly two years.”

The case of the Stansted 15 follows a trend across Europe of people acting for migrants and refugees who have been harassed, intimidated and criminalized for their acts of solidarity.

Nearly 12,000 Amnesty supporters have sent the Stansted 15 messages of solidarity.

The defence of the Stansted 15 has launched an appeal against the conviction, to be heard in the coming months.