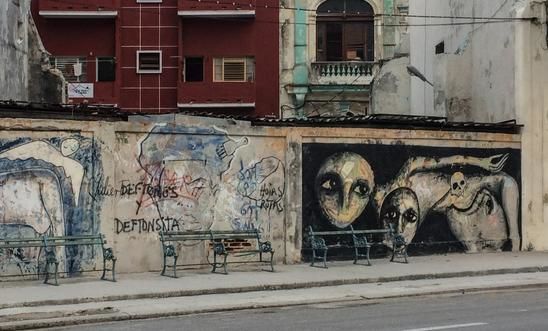 The Cuban authorities are using control of the job market as a tool of repression, Amnesty International said in a new report published today.

The 40-page report, Your mind is in prison, shows how decades of arbitrary use of criminal laws and other unlawful practices have been used to persecute Cubans through discriminatory and wrongful job dismissals. Amnesty’s researchers spoke to more than 60 Cuban migrants in various Mexican cities, documenting their testimonies about daily life in the country.

The Cuban government is the largest employer in the country, with approximately 70% of the jobs available in the public sector. The government also controls the small and emerging, but highly regulated, private sector.

Those who even slightly disapprove of the government’s policies are either arbitrarily dismissed from their jobs, or harassed by the state until they feel they have no option but to resign, or leave Cuba. Once dismissed from state employment for expressing a critical view, it is nearly impossible to find employment.

A former shop assistant told Amnesty she spent eight months in prison in 2011 for “illegally buying beef” before a judge acquitted her due to insufficient evidence.

“Everything is illegal in Cuba”, said a former state security agent, whose job was to infiltrate places of employment to report on workers in the country.

Jorge Luis, a champion sportsman – whose real name has been deliberately withheld for his safety – reported that after saying the Cuban government didn’t finance sport during an interview on state television, he was excluded from his sport and fired from his state job.

He said he was given 20 days to find another job or the police would charge him with “dangerousness” for not working. Potential employers told him he was a “counter-revolutionary”. Unable to support his family, he was forced to leave the country.

“Many Cubans feel suffocated by a web of state control over their daily lives. Part of that control is: if you want to hold a job, you must agree with everything the government says.

“As Raúl Castro prepares to step down in February 2018, Cuba has an opportunity to open a meaningful dialogue on human rights.

“The failure of the authorities to respect people’s human rights has had an impact far beyond those directly targeted for their activism, and seeps into the everyday experiences and hopes of people from all walks of life.

“It is imperative that the country starts making the necessary changes for freedom of expression to become a reality for people. Until that is done, the country will continue to be a prison for their people’s minds.”

Cuba’s Penal Code has a range of sanctions based on the perceived tendency of an individual to commit a crime. It also punishes those who know someone considered “potentially dangerous for society” or who “pose a threat to the social, economic or political order of the socialist state.”

Most of the people interviewed had never overtly criticised Cuba’s political or economic system, and were not involved in any form of activism or political opposition. But approximately half said they were arrested and imprisoned at least once, with most accused of crimes that are inconsistent with international law.

Many who spoke to Amnesty said that when they approached new potential state employers after dismissal, they were told, “You aren’t trustworthy.” This was frequently the only feedback job seekers were given for rejection.

Those pushed out of work have no means to challenge their dismissal. Most said Cuba’s only official trade union didn’t represent them. None had appealed against their dismissal through the courts, as they considered them to be in the control of the government.

“Why would you hire a lawyer if the lawyer is from the same government?”, said a 31-year-old man who tried to leave Cuba six times by boat, and was then denied access to employment and harassed by the police.

Despite recent changes in Cuba’s migration laws, trying to leave the country by boat is still considered a crime. Those who attempt to leave are detained and excluded from access to state employment.

Cuba remains the only country in the Americas where Amnesty is not allowed to officially visit.

“The authorities in Cuba want to claim they are really committed to change, they must review all criminal laws that are inconsistent with international standards and end the discriminatory and wrongful dismissals and harassment of workers as a way to silence even the most subtle criticism.”