Cluster munitions in Yemen: UK should halt all arms sales to Saudi Arabia 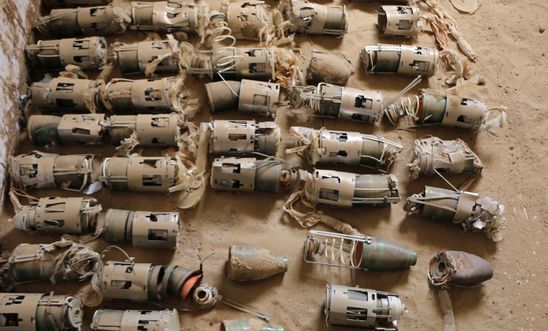 Responding to a statement from the Defence Secretary Michael Fallon this afternoon over a commitment from the Saudi Arabia-led military coalition to end its use of UK-manufactured cluster munitions in Yemen, Amnesty International UK Director Kate Allen said:

“This is not good enough. We need to see a total suspension of all weapons sales to Saudi Arabia that risk fuelling further atrocities in Yemen.

“This is a very simple issue. If the Saudi-led coalition can use British-made cluster munitions against Yemeni villages, then we shouldn’t be surprised that it can also bomb homes, hospitals, schools and factories in Yemen.

“The cluster bombs are just more proof of the sheer recklessness of the Saudi coalition’s tactics in Yemen - but there was already a huge amount of evidence of this recklessness.

“It’s long-overdue for the UK to start honouring its international obligation to halt weapons sales where there’s a clear risk that those weapons could be used to carry out serious breaches of international humanitarian law.”

In May this year, Amnesty reported on the Saudi-led coalition’s use of a UK-manufactured “BL-755” cluster bomb in northern Yemen, as well as evidence of US and Brazilian cluster munitions being used by the Saudi coalition forces. One UK cluster bomb had apparently malfunctioned and left scores of deadly unexploded “bomblets” strewn over a wide area near a farm in Al-khadhra village in Hajjah governorate, six miles from the Saudi Arabia border. A local farmer reported seeing the cluster bomb attack in January this year. See: www.amnesty.org.uk/press-releases/saudi-arabia-led-coalition-has-used-uk-manufactured-cluster-bombs-yemen-new-evidence