China: WTA’s decision must result in an immediate and effective investigation into sexual violence 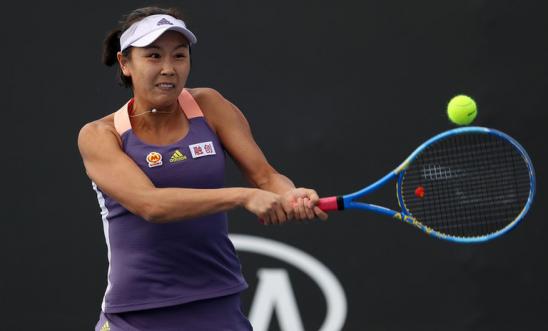 “Amnesty International shares the WTA’s concern about the state censorship around allegations made by Peng Shuai and the related online discussion. The Chinese government has a track record of silencing women who make allegations of sexual violence.

"The WTA's decision to suspend tournaments in China after insufficient answers on the freedom of movement, well-being, and safety of tennis player Peng Shuai shows that they are taking their due diligence responsibilities seriously.

“The move, along with messages of support from some of the tennis world's biggest stars, have also sent authorities in China a much-needed message that their attempts to sweep these allegations under the rug will not go unchallenged.

Silenced for speaking out

The Women’s Tennis Association CEO and Chairman announced in a statement on 1 December the “immediate suspension” of all WTA tournaments in China. The statement said the WTA could not ask its athletes to compete in China when Peng Shuai was not allowed to communicate freely and has “seemingly been pressured to contradict her allegation of sexual assault.”

Her communications with the outside world since then have been extremely limited, including an email she supposedly sent to tennis authorities – released by the TV channel CGTN on – in which she says allegations of sexual assault are “not true” and that “everything is fine”. She also appeared in a video call with an official from the International Olympic Committee (IOC).

China has a history of releasing forced “statements” on behalf of human rights activists. For example, state TV aired the “confessions” of Chinese human rights lawyers Wang Yu and Jiang Tianyong when they were in detention.