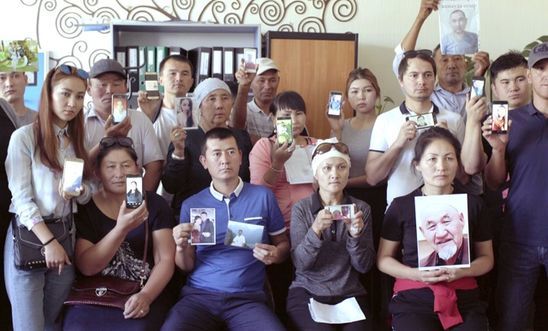 Many detainees’ families have been kept in the dark about the fate of their loved ones.

Responding to the passage of the Uyghur Human Rights Policy Act in the United States Senate and House of Representatives, Francisco Bencosme, the Asia Pacific advocacy manager at Amnesty International USA, said:

“The Chinese government must be held accountable for its horrendous abuses in Xinjiang.

“The fact that there are thousands of Uyghurs and other ethnic minorities who are systematically being persecuted for what they believe or what ethnicity they identify with is absolutely unacceptable and demands a response.

“This legislation sends a message that impunity is no longer provided to the Chinese government as it continues to inflict horrors upon its own people.

“Hundreds of thousands of people with no idea what has happened to their loved ones deserve better from all countries that are able to put pressure on the Chinese government to provide answers and reveal information on its camps.”

The internment of predominantly Muslim ethnic groups in Xinjiang has intensified since March 2017, when a “Regulation on De-extremification” was adopted in the region. Open or even private displays of religious and cultural affiliation, including growing an “abnormal” beard, wearing a veil or headscarf, regular prayer, fasting or avoidance of alcohol, or possessing books or articles about Islam or Uyghur culture can be considered “extremist” under the regulation. The authorities have justified the extreme measures as necessary to counter what they claim to be “terrorism” and to ensure national security.

The case of Yiliyasijiang Reheman, who disappeared while studying in Egypt when the Chinese government pressured the Egyptian government to round up hundreds of Uyghur people in the country, is one of Amnesty’s Write for Rights cases this year.