China: UN must do more to address crimes against humanity in Xinjiang 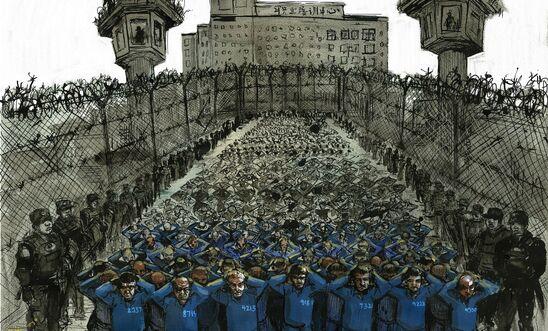 “The time has come for the OHCHR to publicly acknowledge the scale and gravity of human rights violations being committed by the Chinese government. The High Commissioner should release the long-awaited report on Xinjiang and present the findings at the next meeting of the UN Human Rights Council in June.

“Failure to release a report that sufficiently addresses crimes against humanity in the region would amount to a betrayal of the victims and their families. This continued lack of urgency puts the credibility of the High Commissioner’s Office at stake.

“The High Commissioner’s visit has been characteried by photo opportunities with senior government officials and manipulation of her statements by Chinese state media, leaving an impression that she has walked straight into a highly predictable propaganda exercise for the Chinese government.

“The High Commissioner instead should condemn the ongoing gross human rights violations and seek accountability, truth and justice.

“Bachelet acknowledged that she received appeals from Uyghurs abroad regarding their missing family members believed to be detained and said she raised them with the Chinese authorities. Her office must follow up on these cases and insist that authorities guarantee detainees rights and means to maintain regular contact with family members, including those living overseas.

“Given the various restraints imposed, including COVID-19 restrictions, Bachelet has rightly acknowledged that this visit was not an ‘investigation’.  But she should push for it to be a springboard to more meaningful actions and investigations by independent human rights experts in the near future.

“While Bachelet said a working group on human rights - including on business and human rights, counter-terrorism and human rights, and the rights of minorities - will be established between the UN and Chinese authorities, no clear goals and timeline have been shared. These cannot be a substitute for urgently establishing an independent international mechanism to investigate crimes under international law and other serious human rights violations in Xinjiang, with a view to ensuring accountability, including through the identification of suspected perpetrators.

“The High Commissioner must call on the Chinese government to immediately dismantle all remaining internment camps, release the people arbitrarily detained in them and in prisons, and end the systematic attacks against Uyghurs, Kazakhs and other Muslim minorities in Xinjiang."

A catalogue of human rights abuses

A team led by High Commissioner Michelle Bachelet has spent six days in China - including two days in the Xinjiang Uyghur Autonomous Region, where Amnesty has documented systematic arbitrary detention, torture and persecution of Uyghurs, Kazakhs and other predominantly Muslim ethnic minorities.

Today (28 May) the High Commissioner held a virtual press conference in Guangzhou where she spoke about her mission to China. She met with government officials, the business community and members of civil society. In relation to Xinjiang, she spoke about how counter-terrorism measures should not result in human rights violations and need to be subjected to independent oversight.

Chinese state media quoted her as saying she “admired China’s efforts in… protecting human rights”. However, the OHCHR later issued a clarification of Bachelet’s words, which did not praise China’s human rights record.

Since September 2018, when the High Commissioner first sought access to Xinjiang “in light of deeply disturbing allegations of large-scale arbitrary detentions of Uighurs and other Muslim communities”, numerous organisations have published detailed and well-corroborated information on the ongoing situation. Last June, Amnesty launched a comprehensive report documenting how China’s crackdown against predominantly Muslim ethnic minorities in Xinjiang amounted to serious human rights violations, including crimes against humanity.

Based on dozens of testimonies, the report described a “dystopian hellscape” encompassing grave violations against detainees, systematic state surveillance of millions of people, and efforts to root out the religious traditions, cultural practices and local languages of the region’s Muslim ethnic groups.

Amnesty launched an international campaign, initially focusing on more than 70 individuals, calling for the release of all people arbitrarily detained in camps and prisons, and for the closure of the internment camps. Just this month Amnesty has collected details of a further 40 missing or detained individuals as news of Bachelet’s visit prompted more families to come forward seeking justice for relatives in Xinjiang who have disappeared and are believed to be detained.

The OHCHR has already compiled its own report on human rights violations in Xinjiang, which Bachelet said was being “finalised” last year. It has not yet been made public, despite repeated requests from almost 200 NGOs, including Amnesty International.