China: Tennis star Peng Shuai's statement 'should not be taken at face value' 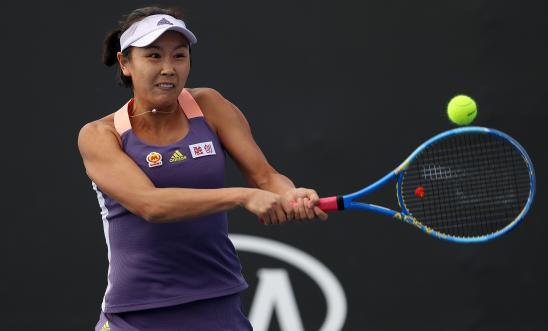 Shuai Peng of China plays a backhand during her Women's Doubles first round match in Melbourne, Australia. © Getty Images

‘China’s state media has a track record of forcing statements out of individuals under duress, or else simply fabricating them’ - Doriane Lau

Responding to increasing concerns over the welfare of Chinese tennis player Peng Shuai, who has not been seen publicly since she made sexual violence allegations against a former senior Chinese politician more than two weeks ago, Doriane Lau, Amnesty International’s China Researcher, said:

“Peng’s recent so-called statement that ‘everything is fine’ should not be taken at face value as China’s state media has a track record of forcing statements out of individuals under duress, or else simply fabricating them.

“While it is currently difficult to speculate on the reasons behind Peng Shuai’s apparent disappearance, what is clear is that her allegations of sexual violence by a senior politician must be properly investigated by the Chinese authorities.

“The Chinese government has systematically silenced the country’s #MeToo movement. Given that it also has a zero-tolerance approach to criticism, it is deeply concerning that Peng Shuai appears to be missing after accusing a high-ranking former government official of sexual assault.

“These concerns will not go away unless Peng’s safety and whereabouts are confirmed.

“Peng Shuai’s case highlights the treatment faced by women survivors of sexual abuse in China, whose allegations are routinely ignored and who are often targeted for speaking out.”

In a post on the Chinese social media website Weibo on 2 November, Peng Shuai accused retired Chinese vice premier Zhang Gaoli of coercing her into sex.

Discussion of the allegations was quickly censored on Chinese social media, and the original post - which read, “you brought me to your house and forced me and you to have relations" - is no longer visible online. Zhang Gaoli served as the vice premier between 2013 and 2018 and is considered an ally of president Xi Jinping.

Peng has not been heard from publicly since the Weibo post, aside from an email she supposedly sent to the tennis authorities - released yesterday by the TV channel CGTN - in which she says allegations of sexual assault are “not true” and that “everything is fine”.

China has a history of releasing forced “statements” on behalf of coerced human rights activists. For example, state TV aired the “confessions” of Chinese human rights lawyers Wang Yu and Jiang Tianyong when they were in detention.