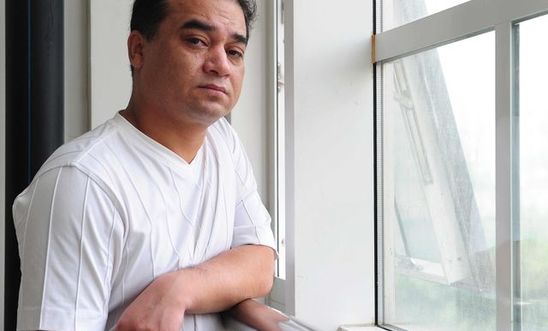 The life sentence handed down by a Chinese court to prominent Uighur academic Ilham Tohti on charges of “separatism” is an affront to justice, Amnesty International said today.

Through his work as an academic and writer, Tohti has tried to build mutual understanding between Uighurs and Han Chinese in the Xinjiang Uighur Autonomous Region (XUAR), amid rising ethnic tensions in the region. He founded the website Uighur Online and is an outspoken critic of Beijing’s policies in the XUAR.

Police arrested Tohti, along with seven Uighur students, in January this year.  He has been tortured in detention, was denied food for 10 days and shackled for more than 20 days.

His trial has been marked by a series of legal shortcomings. His legal team were refused access to evidence and  were unable to meet Tohti for six months. One of Tohti’s lawyers was also forced to quit the case following political pressure.

“Tohti is a prisoner of conscience and the Chinese authorities must immediately and unconditionally release him.

“These criminal charges make a mockery of President Xi’s calls for a greater understanding and solidarity between the Uighur and Han communities. Instead of targeting peaceful activists like Tohti the Chinese authorities must end the systemic discrimination and suppression Uighurs face.

“It is appalling that seven young Uighurs are caught up in the authorities’ desire to persecute Tohti. It is emblematic of the Chinese authorities prioritisation of ‘stability above all else’ above justice and the rule of law.”

The seven Uighur students face a similar charge of “separatism”, although it is unclear when their trials will take place or whether they have been allowed legal representation.

The authorities have ratcheted up restrictions on public displays of Islam; long beards have been banned, as have veils, hijabs, and T-shirts with the Islamic crescent moon and star.

During the month of Ramadan, several government websites in the XUAR put students under extreme pressure by banning fasting and insisting that all Communist Party members and government employees adhere to atheism.

Tohti’s sentencing comes after a wave of violent attacks and suppression of protests in the region. One of the most violent incidents occurred on 28 July, with state media reporting 37 civilians were killed when a ‘knife wielding mob’ stormed government offices in the town of Shache. Security forces are reported to have shot dead 59 attackers during the incident.

Uighur groups dispute this account, saying as many as 2,000 Uighurs were killed when police opened fire on hundreds of people protesting against severe restrictions placed on Muslims during Ramadan.

In May, the authorities launched an anti-terrorism “strike hard” campaign that has seen mass arrests and hundreds of people, mostly Uighurs, rounded up and imprisoned after unfair trials.

This followed a spate of violent attacks in which mostly Han-Chinese were killed. Three died and 79 were injured in a bomb and knife attack at a train station in Urumqi - the region’s capital - on 1 May; followed by bombs being hurled out of cars in the town’s busy market a few weeks later, killing 39 and injuring 94 passers-by.