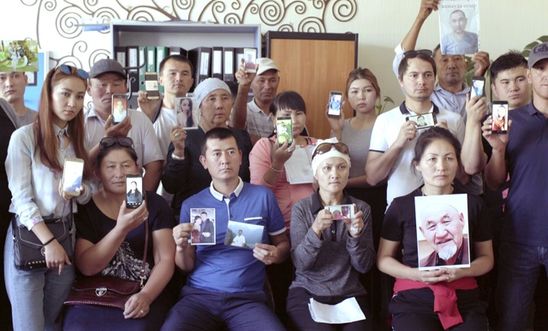 “China’s continued denial of the existence of detention centres in Xinjiang grows ever more futile in the face of ever-mounting evidence. This latest leak is yet further proof of its systematic persecution of ethnic and religious minorities in China on a sickeningly vast scale.

“The abuses described in these leaked documents match the harrowing testimony Amnesty International has received from former detainees of mass internment camps in Xinjiang, as well as from relatives of those still missing.

“With each passing week, the world learns more about the horror China is unleashing on its own citizens in Xinjiang. It’s time for the Chinese government to ditch its feeble counter-narrative, including the claim of providing ‘vocational training’ to people in the camps. Instead they should provide immediate answers to the hundreds of thousands of people desperate for information about their loved ones.

“If China has nothing to hide, it should allow truly independent human rights monitors immediate and unfettered access to Xinjiang – something it has steadfastly refused to do so far, despite repeated requests from Amnesty International and others.

“These damning leaks should be the catalyst for the international community to increase pressure on the Chinese authorities to end this human rights catastrophe.”

Amnesty’s 2018 briefing ‘Where Are They?’ documented an intensifying government campaign of mass internment, intrusive surveillance, political indoctrination and forced cultural assimilation against Uyghurs, Kazakhs and other predominantly Muslim ethnic groups living in Xinjiang.

The internment of predominantly Muslim ethnic groups in Xinjiang has intensified since March 2017, when a “Regulation on De-extremification” was adopted in the region. Open or even private displays of religious and cultural affiliation, including growing an “abnormal” beard, wearing a veil or headscarf, regular prayer, fasting or avoidance of alcohol, or possessing books or articles about Islam or Uyghur culture can be considered “extremist” under the regulation.

The authorities have justified the extreme measures as necessary to counter what they claim to be “terrorism” and to ensure national security.

Leaked documents obtained by the International Consortium of Investigative Journalists (ICIJ) – and shared with 17 international media partners – on Sunday revealed the framework that the Chinese government set up to build the facilities that led to abuse of hundreds of thousands of predominantly Muslim ethnic groups who are being subjected to brainwashing and other ill-treatment in detention camps in Xinjiang. This followed the leak of 400 pages of internal documents to the New York Times last week.