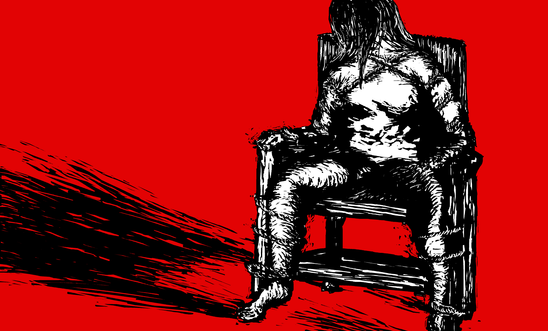 “In a system where even lawyers can end up being tortured by the police, what hope can ordinary defendants have?” – Patrick Poon

China’s criminal justice system is heavily reliant on forced confessions obtained through torture and ill-treatment, with lawyers who persist in raising claims of abuse often threatened, harassed, or even detained and tortured themselves, Amnesty International said in a new report released today.

The report comes just weeks after a lavish state visit from Chinese President Xi Jinping to the UK, during which he admitted there was ‘room for improvement’ on human rights in China. The report documents how criminal justice reforms hailed as human rights advances by the Chinese government have in reality done little to change the deep-rooted practice of torturing suspects to extract forced confessions. Attempts by defence lawyers to raise or investigate torture claims continue to be systematically thwarted by police, prosecutors and the courts.

The report documents torture and ill-treatment in pre-trial detention, including beatings by police or by other detainees with the officers’ knowledge or upon their orders. Tools of torture described include iron restraint chairs, tiger benches – in which individuals’ legs are tightly bound to a bench, with bricks gradually added under the victim’s feet, forcing the legs backwards - as well as long periods of sleep deprivation and the denial of sufficient food and water.

With China’s record on torture set to be scrutinised by the United Nations’ expert anti-torture committee in Geneva next week, the government has claimed the authorities have “always encouraged and supported lawyers in performing their duties” and denied any “retaliation”.

“In a system where even lawyers can end up being tortured by the police, what hope can ordinary defendants have?

“Police wield too much unchecked power, with the result that measures to curb torture are not having the necessary impact.

“For the police, obtaining a confession is still the easiest way to secure a conviction. Until lawyers are allowed to do their jobs without fear of reprisals, torture will remain rampant in China.

“The government seems more concerned about the potential embarrassment wrongful convictions can cause than about curbing torture in detention.”

Lawyers from across China told Amnesty of the retribution they faced when they challenged law enforcement authorities. Lawyers pointed to fundamental flaws in the justice system that allow police officers, prosecutors and other officials to circumvent new safeguards designed to prevent forced confessions leading to wrongful convictions. Chinese legal experts estimate that less than 20% of all criminal defendants have legal representation.

Tang Jitian, a former prosecutor and lawyer in Beijing, told Amnesty he was tortured by local security officials in March 2014, when he and three other lawyers investigated alleged torture at a secret detention facility - known as a “black jail” - in Jiansanjiang, north-eastern China.

“I was strapped to an iron chair, slapped in the face, kicked on my legs and hit so hard over the head with a plastic bottle filled with water that I passed out,” he said.

Tang Jitian was later hooded, his arms handcuffed behind his back and suspended off the ground by his wrists as police beat him.

Yu Wensheng, a lawyer from Beijing, was arrested on 13 October 2014 and detained for 99 days by police. He told Amnesty he was questioned approximately 200 times, with 10 public security officials assigned to interrogate him in three shifts every day. His wrists were shackled behind his back with the handcuffs deliberately set far too tight.

“My hands were swollen and I felt so much pain that I didn’t want to live. The police officers repeatedly yanked the handcuffs and I would scream,” he said.

Despite several rounds of reform since 2010, the definition of torture under Chinese law remains inadequate and in contravention of international law. Chinese law still only prohibits certain acts of torture, such as “using violence to obtain a witness statement” and by certain law enforcement officials, other perpetrators can only be charged as accessories. Mental torture is not explicitly prohibited in Chinese law as is required under international law.

Downloads
No End in Sight: Torture and forced confessions in China Nov 2015